Defence tears through evidence against Sharif

Defence tears through evidence against Sharif 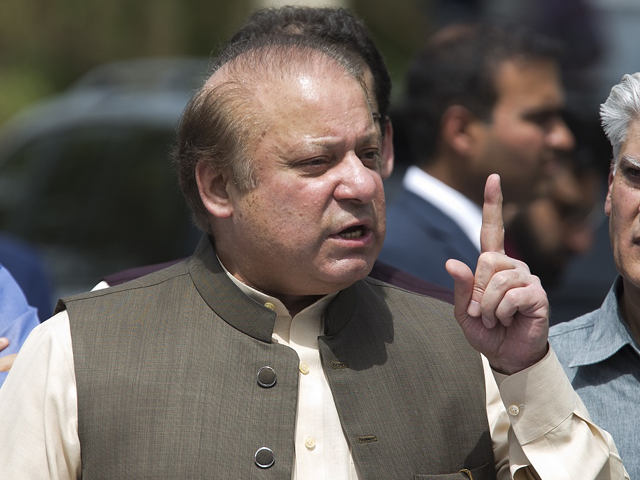 ISLAMABAD: The counsel for Nawaz Sharif on Friday went through the evidence produced by the prosecution against the deposed prime minister piece by piece and argued that none of it had proved Sharif’s ownership or beneficial ownership of the Avenfield apartments.

Khawaja Haris, the lead counsel for Sharif, continued his final arguments in the Avenfield properties reference on fourth consecutive day and reiterated his stance that the prosecution had failed to prove Sharif’s link to the London properties.

“Wajid Zia has produced at least 81 documents. Even if we take them at face value, 80 of them do not even mention Nawaz Sharif’s name,” Haris said, adding only one affidavit by Shazi Naqvi mentioned Sharif’s name but there, too, the witness added that there was no proof to link Sharif with the London properties.

Nawaz’s link to property ‘not established’

“In terms of being beneficial owner [of the properties] or in any other capacity, Nawaz Sharif’s name is not there in any of these documents,” he said, adding the burden to prove Sharif’s link to the apartments in question was still on the prosecution.

Haris read out the four land registries and titles of ownership of Nescol and Nielsen, the companies that own the Avenfield apartments, and said Nawaz Sharif had no connection with any of those documents.

Similarly, he said the prosecution produced the trust deeds of Comber Group, something which has nothing to do with the former prime minister.

“Nawaz Sharif doesn’t appear in these trust deeds, neither is the opinion of Stephan Moverley Smith [which the prosecution also produced] is related to Nawaz Sharif.”

“These documents do not advance the case of the prosecution against Nawaz Sharif … The prosecution still has to prove the nexus,” Haris concluded.

The case has been adjourned until Monday when the defence team would resume their final arguments in the case.