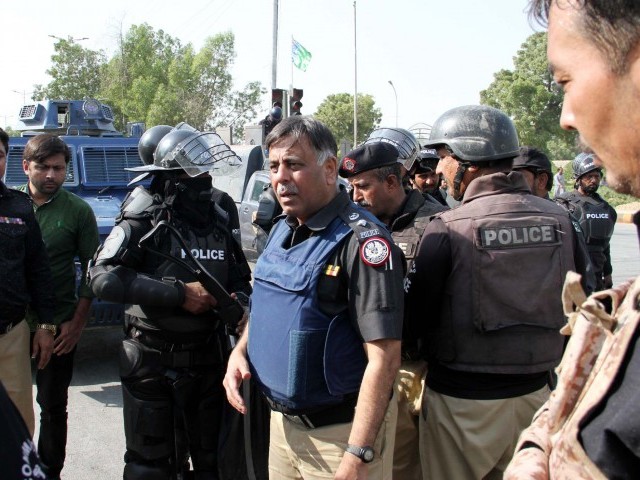 ISLAMABAD: The Sindh government on Friday defended its decision to declare suspended police official Rao Anwar’s residence in Karachi as sub-jail citing it a ‘preventive measure to thwart security threats’.

Anwar is the prime accused in Naqeebullah Mehsud’s alleged murder during a fake police encounter. A trial in Karachi’s anti-terrorism court is pending against him, and the government had declared his house a sub-jail keeping in mind threats to the former SSP Malir.

Father of Naqeebullah, a young man belonging to North Waziristan who was allegedly killed in police custody in Karachi earlier this year, had challenged the decision in the Sindh High Court complaining about ‘VVIP treatment’ being provided to Anwar.

Furthermore, the government stated that Anwar’s application was backed with material including intelligence reports, threat alerts and details of suicide attacks on Anwar. “Pursuant to such an application, a summary was put forth the competent authority on April 19, and after approval, impugned notification was issued.”

On May 29, the Sindh government’s decision to declare former SSP Rao Anwar’s house as a sub-jail was challenged in the Sindh High Court (SHC) by Naqeebullah’s father Muhammad Khan.

Faisal Siddiqui, Khan’s advocate, stressed that the treatment extended to Anwar by allowing “detention in his own home declared as a sub-jail is a simple continuation of the VVIP treatment being accorded to an alleged terrorist.”

Referring to the move taken by Home Minister Sohail Anwar Siyal on the basis of alleged “life threats” to the former police official, the petition highlighted that the trial court had no prior information of Anwar being kept at his own house instead of the Central Jail, Karachi.