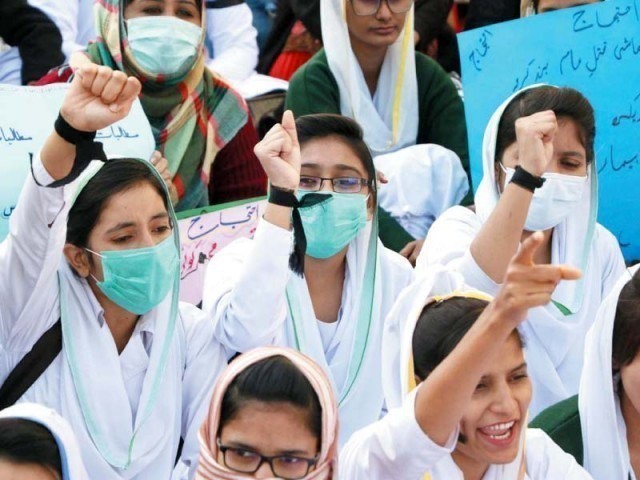 The step has been taken to recognise the services of nurses besides offering them the prospect of promotion for rendering exceptional services in health care service delivery for long periods without availing promotion due to anomalous allocation in different scales.

The Khyber-Pakhtunkhwa (K-P) Health Department, in a summary to the K-P chief secretary, asked to remove the anomaly of same-grade lateral promotion through an amendment in the service rules which will, in any case, be necessitated due to the placement of posts in basic pay scale (BPS)-20.

“Health is the most critical factor in provision of quality preventive, preventive and curative services and amongst others, nurses are playing a vital role in the healthcare service delivery system and are an important part of the pyramid of health care service providers,” the summary read.

It added that nurses were providing allied health services throughout healthcare facilities across the province including autonomous institutions however the development of qualified professionals in the field of nursing required restructuring in the hierarchy to cater to the emerging challenges of this profession.

“The health department is cognisant of the fact that the present service structure of nurses is anomalous as the availability of posts in higher grades is limited and Nursing staff has bleak chances of promotion in higher grades due to limited ratio distribution of posts in the existing higher hierarchy,” the chief secretary was told.

It added that over the past five years, more than 150 charge nurses serving in BPS-16, have retired from service on attaining the age of superannuation without availing a single chance of promotion during their entire career owing to the ‘non-availability of vacant posts in higher grades.

The seniority list of nurses in BPS-16 reveals that most of the incumbents who had joined the service in the early 1980’s, were still working in the same scale despite having rendered more than 30-years-of-service, adding that the K-P Nursing Association had submitted a charter of demands to the health department, demanding a service structure which was more conducive to career progression.

While referring to a recent case at the Supreme Court’s registry in the provincial capital, the summary stated the association has also submitted an application to the Chief Justice of Pakistan Justice Saqib Nisar.

It added that apart from other demands, the association had requested ratio restructuring of nurses in different grades in order to offer promotion prospects to the incumbents as well as removing the one-step “same grade” promotion from Head Nurse in BPS-17 to Nursing Instructor or Superintendent in BPS-17.

“In order to provide promotion prospects to nurses involved in health care service delivery for a long period of time, the health department [for nurses] proposes an improved five-tiers service structure,” the summary concluded.

Eid celebrated in most parts of K-P on June 15