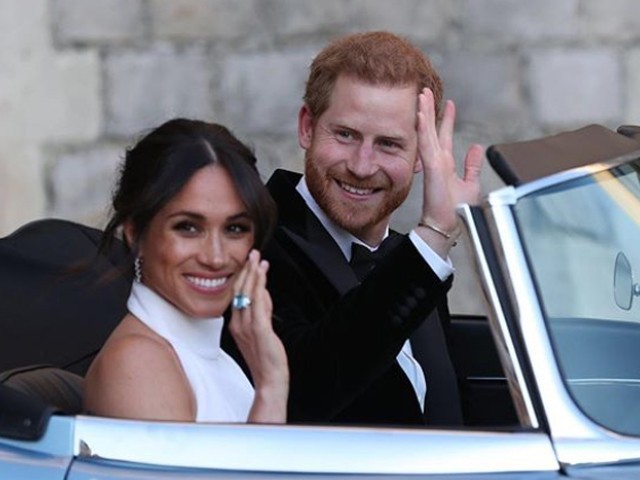 Immediately after the royal wedding, British tabloids reported that Prince Harry and Meghan Markle would honeymoon in Australia. These claims were challenged a day later by a TMZ report that claimed that Alberta, Canada was the royal honeymoon spot. However, both these reports seem to have been false.

The Duke and Duchess of Sussex would like to thank everyone who took part in the celebrations of their wedding on Saturday. They feel so lucky to have been able to share their day with all those gathered in Windsor and also all those who watched the wedding on television across the UK, Commonwealth, and around the world #RoyalWedding

A source tells E! News that the couple traveled into East Africa and visited more than two countries. There, they embarked on safaris and miscellaneous “outdoor adventures” and also basked in the sun.

8 most expensive Royal wedding gowns of all time

The honeymoon destination comes as no surprise. Harry and Meghan vacationed in a lodge in Zambia last year to celebrate Markle’s birthday and the diamond in her wedding ring was specially sourced from Botswana by the prince. “It was the perfect break and blend of their passions,” the source revealed, adding that it was “restorative and the perfect holiday before starting a very busy second half of 2018.”

A few months before the wedding, the royal couple announced they’d be delaying their honeymoon to fulfill their royal duties. On May 22 the couple attended Prince Charles’ 70th birthday celebration where they made their debut as a married couple.

A private honeymoon has always been a goal for the couple who had such a public wedding. “Going somewhere they can bring minimal security too and not worry about people seeing them has been of the utmost importance,” the insider shared.

How are you celebrating the #RoyalWedding? Thank you to the amazing crowds in Windsor for the incredible reception for The Duke and Duchess of Sussex today.

The couple, returned to London on Thursday and later that night Prince Harry served as guest of honour at a charity gala held at Kensington Palace.

I’m not Salman Khan, I won’t do the same roles over and over: Mikaal Zulfiqar