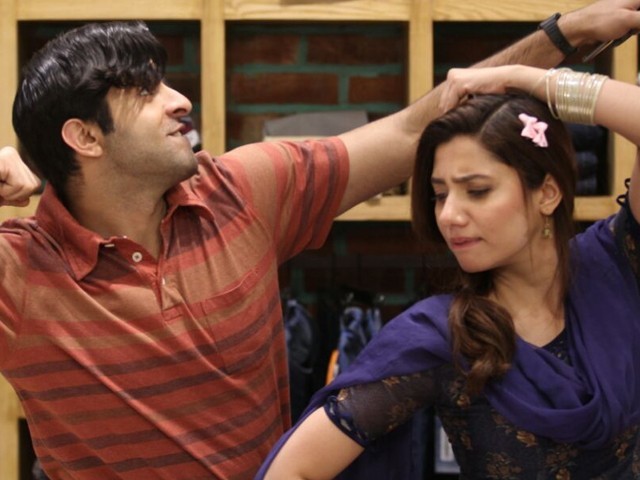 KARACHI: Now, it’s no breaking news that this Eidul Fitr is a big one for the local box office. With 7 Din Mohabbat In (7DMI), Wajood, Azaadi and Na Band Na Baraati all slated to release this weekend, it goes without saying that competition is rife and cinemagoers will have to pick and choose what they watch carefully. 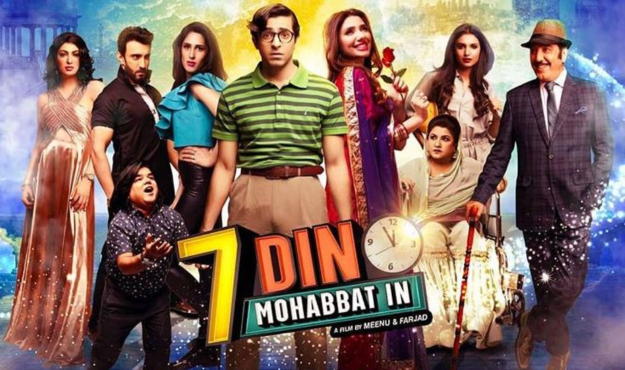 Perhaps the biggest release of the lot, thanks to Mahira Khan’s star power, is 7DMI. And who can forget the oh-so-charming Sheheryar Munawar, who plays the male lead opposite her? The chemistry between the Ho Mann Jahaan duo in this romantic-comedy is definitely worth a mention. Together, the two actors have brought the bubbly Neeli and naïve Tipu and their quest for love to life. 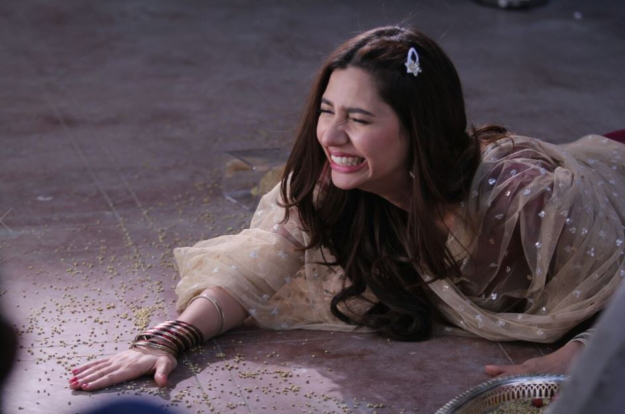 7DMI shows Mahira, in particular, in a completely different avatar from her previous and relatively more serious roles in Verna and Bol. Playful Neeli – who wears her hair in funky clips and often recites romantic poetry with stars in her eyes – is a character that was written for Mahira and Mahira alone. As for Sheheryar’s Tipu…his transformation through the film is commendable.

But one thing that stands out in 7DMI is its stellar supporting cast. Mira Sethi, Amna Ilyas, Danish Maqsood and Hina Dilpazeer are all in top form, adding many more layers to the plot. The antagonists Javed Sheikh and Aamir Qureshi don’t fall short either.

Amna and Hina truly steal the show. The former essays an activist fighting for women’s rights while Hina builds up from her role as Momo in Bulbulay. The actor plays Tipu’s mother, whose cries send shivers down his nervous spine. Aamir displays a strong grip on the craft as well, holding up his father, Mustapha Qureshi’s legacy successfully. Beo Raana Zafar who plays Princess Sonu’s (Mira) grandmother in the film didn’t get enough screen time, however, her performance was also amongst the best in the film – the character seemed to flow naturally for her. 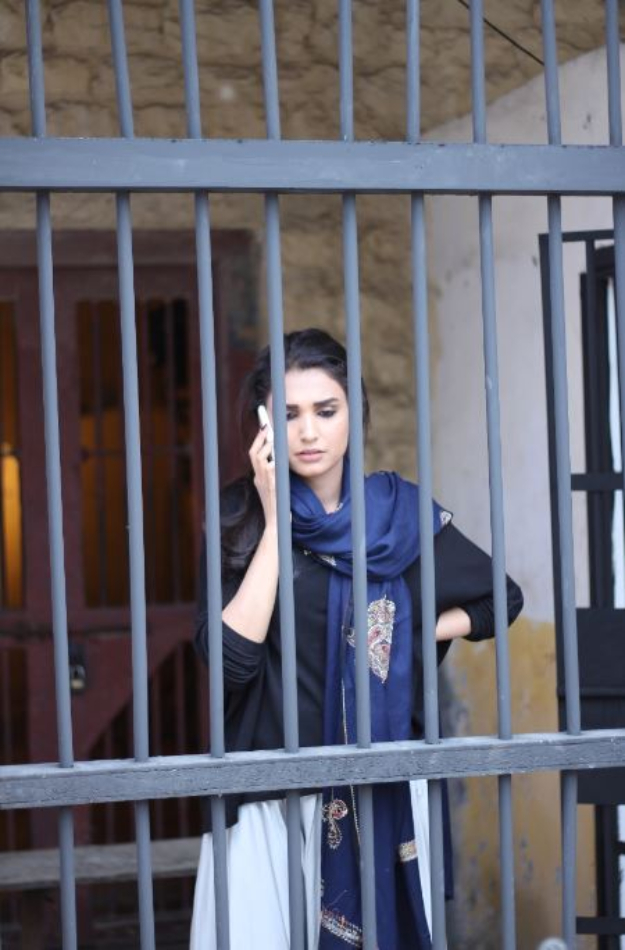 All in all, 7DMI boasts of power-packed performances which will keep you entertained, even if you don’t quite take to the script. The punchlines given to each of the characters are direct and hilarious barring a few moments where the dialogue delivery feels a bit forced.

But Meenu Gaur and Farjad Nabi have done a great job with the direction overall, making the film a beautiful visual experience. Kudos to the duo for the splendid camerawork! The sets, especially the den of Dwakar Prasad (Javed) are brilliant and of course, VFX has a big hand to play in that. 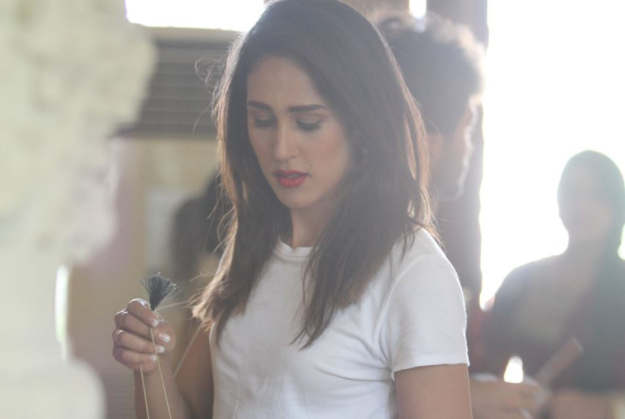 The storyline does have a few misses here and there but they’re covered up smartly by the help of music. While the song Ishq Lara has been used in the opening credits, others such as Yunhi Rastay Mein and Kaahe Ko Biyahi Bides are perfectly timed in the narrative.

Another notable feature of 7DMI is that each character has a signature look which proves that stylists, make-up artists and costume designers have become key aspects of Pakistani film-making. 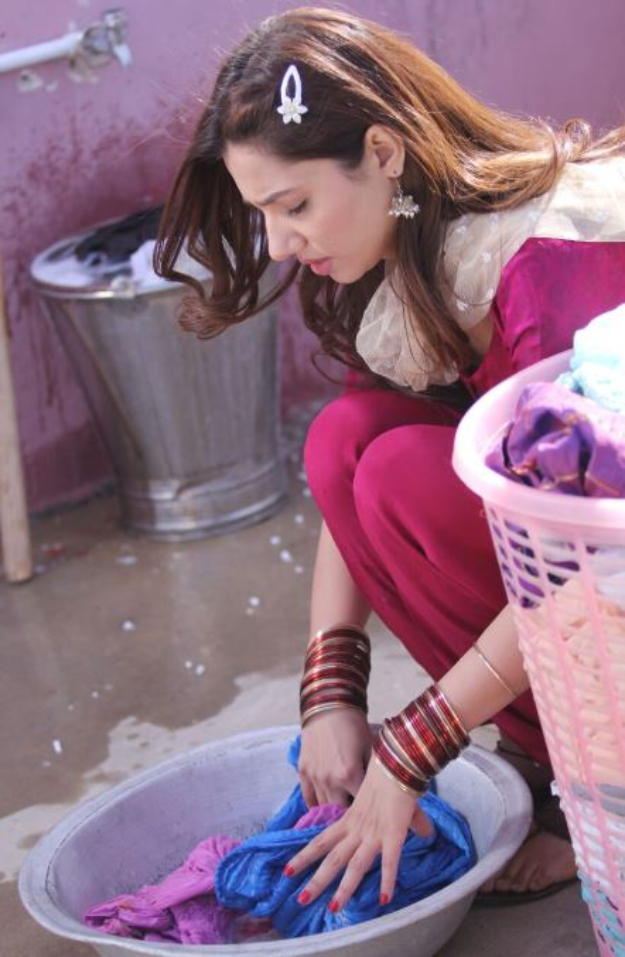 Admittedly, the trailer of 7DMI did raise a few eyebrows and left many wondering why Mahira of all stars had signed on to such a film. Rest assured, the final cut dismisses all such apprehensions. 7DMI is a surprisingly entertaining, family film that you should definitely watch after Eid, if not right now.

Verdict: If you’re looking for beautiful sets, hilarious punch lines and some PG-rated comedy, 7DMI is your best bet.