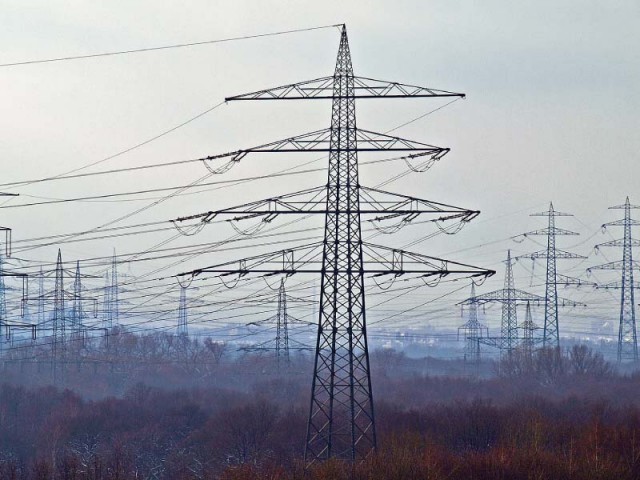 The existing transmission system has the capacity to carry about 15,000-17,000 megawatts of electricity safely, which is substantially below the peak load of over 20,000MW, according to the World Bank. PHOTO: REUTERS

ISLAMABAD: Six months after its approval, Pakistan and the World Bank on Wednesday signed a $425-million loan agreement for bringing improvement in the country’s dilapidated electricity transmission network.

The $425-million loan has been acquired on commercial terms that will be returned over a period of 21 years including a grace period of six years. The World Bank board had approved the loan in December last year, but the bureaucracy took six months to meet procedural requirements before signing the agreement.

The loan will be spent on modernising the national transmission network by rehabilitating selected 500-kilovolt and 220kv sub-stations and transmission lines.

The existing transmission system has the capacity to carry about 15,000-17,000 megawatts of electricity safely, which is substantially below the peak load of over 20,000MW, according to the World Bank. The objective of the project is to increase capacity and reliability of selected segments of the national transmission system and modernise key business processes of the National Transmission and Despatch Company (NTDC).

There have been several instances of major system collapses, which appear to be increasing in frequency and severity.

The regulator reports that most distribution systems do not meet the investment targets for repair and maintenance.

The project will support investments in high-priority transmission infrastructure, information and communication technology (ICT) and technical assistance for improved management and operations.

Total cost of the project is $536.33 million. The World Bank will provide $425 million whereas the remaining $111.33 million will be arranged by the NTDC.

The project targets include a three-fourth reduction in forced outages and 50% reduction in the frequency of forced outages. About 131-kilometre-long transmission lines are planned to be rehabilitated and 36 new sub-stations will be constructed.

Under the Sindh Barrages Improvement Project, the development objectives are to improve reliability and safety of the Guddu Barrage and strengthen the Sindh Irrigation Department’s capacity to operate and manage the barrage.

This additional financing will help to scale up activities under the original project, whose scope at present is limited to rehabilitating and modernising the Guddu Barrage.

Now, the project will also support rehabilitation and modernisation of the Sukkur Barrage as well as support improvement in the operation and maintenance of three Sindh barrages over the Indus River – Guddu, Sukkur and Kotri – through better coordination and monitoring.

Total estimated additional financing required is $152.2 million and the remaining $12 million will be provided by the government of Sindh.