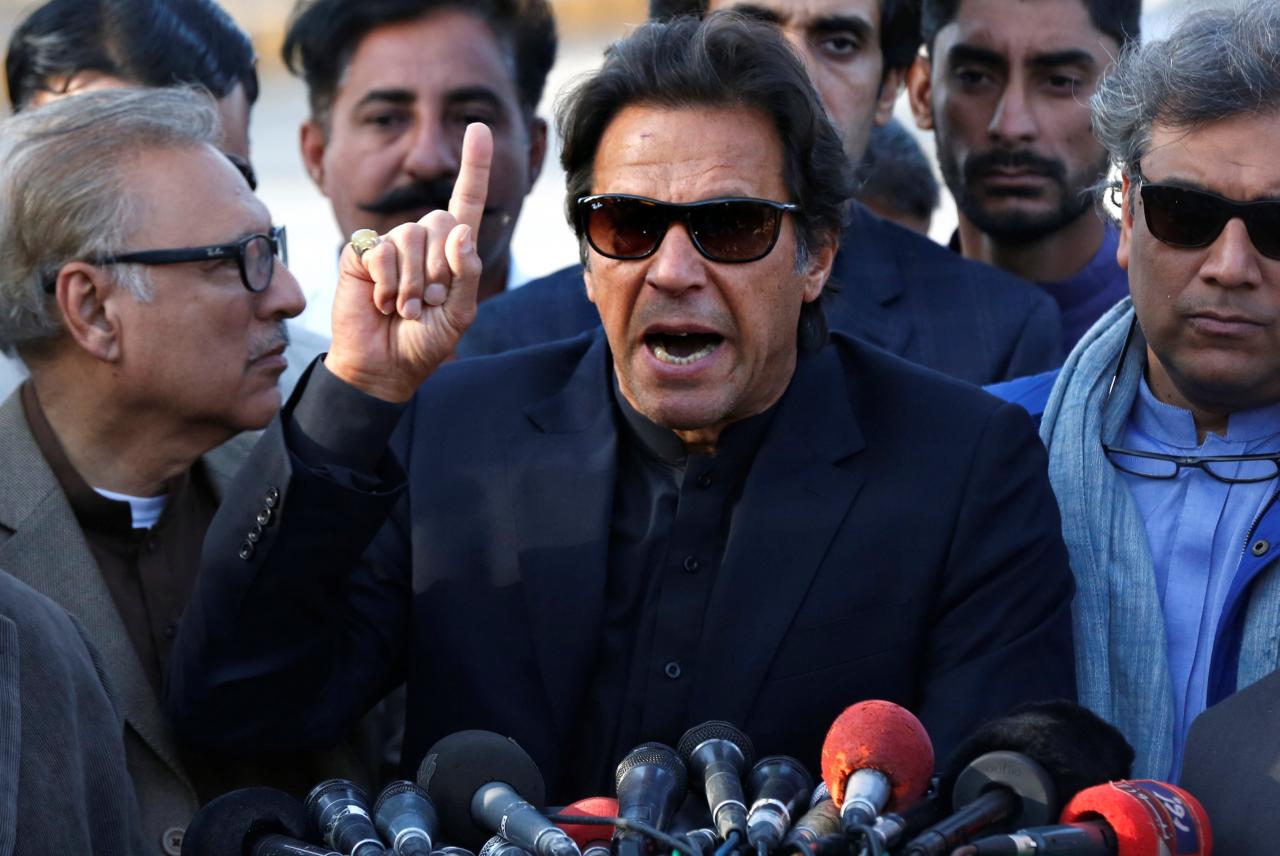 An appeal has been filed with the electoral authorities against PTI chief Imran Khan’s filing of nomination papers for NA-243 Karachi constituency, days after former chief justice of Pakistan Iftikhar Chaudhry announced to challenge the former’s electoral eligibility.

On Tuesday, Abdul Wahab Baloch, a citizen of the port city, filed an appeal with a returning officer against Imran’s candidature over the case relating to Sita White, the mother of PTI chief’s alleged “love child”.

The legal counsel for cricketer-turned-politician Imran Ismail appeared before the court. He was asked if he received a copy of the appeal, to which he responded in affirmative, seeking time to respond to it.

Ismail apprised the court that Imran was currently in Saudi Arabia to perform Umrah. “Imran is the only one who can answer [to questions in] this case and we seek time till till June 19 as he will be back on June 18,” he said.

To this, the court said the appeal was not a judicial case and that the rules to be followed in the case were those outlined by the Election Commission of Pakistan (ECP).

The scrutiny of Imran’s nomination papers was then postponed till June 19, which is the last date for processing the electoral forms.

Later, Ismail told reporters the accusations were levelled against Imran either to gain “cheap publicity” or on “someone’s orders”. “They bring in [the] Sita White [issue] or ask [Imran’s former wife] Reham Khan to pen a book to victimise him”, Ismail said.

“These allegations are about Imran’s personal life and the top court has [already] had cleared all objections,” he added.

He claimed he has evidence to show that Khan has admitted to being the father of Tyrian White while abroad, but denies the same in Pakistan. He said his party would file objections against Khan’s nomination papers before the relevant ROs.