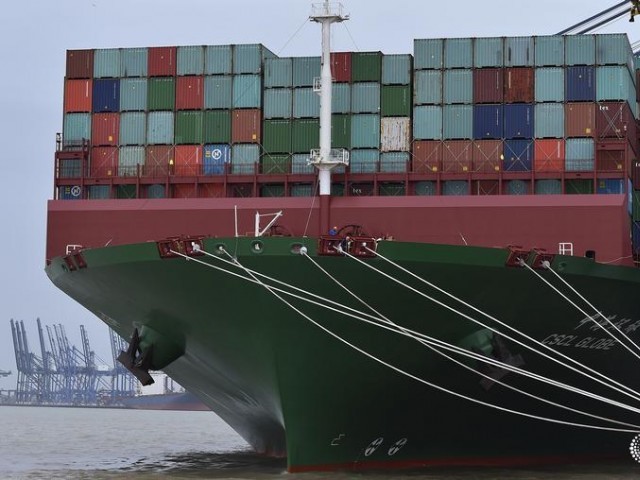 ISLAMABAD: Pakistan’s monthly import bill peaked to $5.8 billion in May, breaking the record registered four months ago, as all administrative measures to contain imports seem to have backfired. Cumulatively, imports increased to $55.2 billion in eleven months, reported the Pakistan Bureau of Statistics (PBS) on Monday.

Pakistan has applied all administrative means, starting from introduction of cash margin requirements to imposition of heavy regulatory duties on imports, but nothing so far has worked. Even a 10% devaluation of the rupee in two rounds this fiscal year could not arrest the rising trend in the import bill. The central bank on Monday further devalued the currency by 4.3% due to worsening macroeconomic indicators.

The country booked an import bill of $5.81 billion in May – highest in history. But the increase in exports was outpaced by soaring imports.

The trade deficit widened 13.4% year-on-year to $33.9 billion in the cumulative eleven-month period (July-May), surpassing the revised estimated deficit for the entire fiscal year. Against the original trade deficit estimate of $25.7 billion, the Ministry of Finance had estimated that the deficit could swell to $29.4 billion for fiscal year 2017-18 due to higher imports.

Pakistan has $12.8b untapped potential for exports

The increase in exports came on back of rupee devaluation and subsidised loans given to the textile sector.

The value of imports stood at $55.23 billon, which was 14.1% or $6.83 billion higher than the import bill booked during the first eleven months of the last fiscal year. The eleven-month import bill exceeded even the revised annual estimates of $54.2 billion for the outgoing fiscal year.

Pakistan is expected to book a current account deficit of around $16 billion during the current fiscal year 2017-18, against the government’s budgetary target of $9 billion.

On a year-on-year basis, Pakistan’s exports grew to $2.14 billion in May over the same month of the previous fiscal year, according to the PBS. Exports were higher by 32.4% or $524 million over the receipts of May 2017. It was the third consecutive month when exports remained above $2 billion.

Imports grew 14.8% to $5.8 billion in May – an increase of $748 million on an annualised basis. The increase in crude oil prices has kept imports under pressure.  Although the eleven-month data was not still available, during the first ten months petroleum group imports amounted to $11.4 billion, constituting almost one-fourth of the total imports.

In comparison, the machinery group imports stood at $9.5 billion in the 10-month period, which were less than one-fifth of the total import bill of July-April.