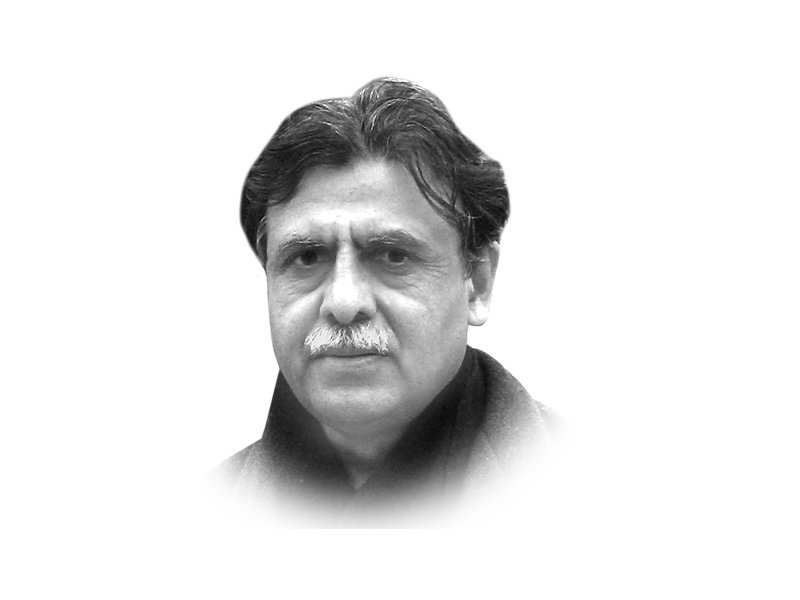 The writer is an author and a public policy analyst. He is a former interior secretary and is at present an adjunct faculty member at LUMS

The debate around the demand to create a new province of South Punjab is being closely watched for a number of reasons. The demand is gaining traction on administrative grounds advanced by its movers, who are also conscious of linguistic and ethnic cleavages within the region. This demand needs to be seen in the historical perspective before we look at the constitutional scheme of things needed for its fruition. Since the 1980s, the industrial and mercantilist elite of central Punjab, under the patronage of General Ziaul Haq, have been successful in dislodging the politically entrenched, landed southern elite from the power calculus of the province. The demand for a separate province, therefore, may well be seen as a move to regain this lost ground. It is also perceived as a political arrangement to address the growing social and economic problems of the periphery. This argument, however, misses the point that the urgent need for effective devolved structures to address these issues is being mixed up with the demand for the creation of a new province, which is a prohibitively costlier proposition.

Creating a new province will require all the paraphernalia of replicating each organ of the state for the new set-up when there are means worth exploring to redress the grievances within the existing federating unit. In certain areas, this issue has been addressed quite sensibly. For instance, when it comes to administration of justice, the provision of circuit benches has not only eased the load on the principal seat at the high court, it has also brought dividends that come with higher judicial forums operating in the peripheral areas of Punjab.

By the same analogy, why can’t this model be replicated in the case of the provincial public service commission, board of revenue and the service tribunal by placing decision-makers permanently in outlying regions?

The framers of the 1973 Constitution, for good reason, stalled the avenues for bifurcating existing federating units by making the exercise doubly difficult. Apart from needing a constitutional amendment, the affected constituent unit had to back the move with a two-thirds support in the provincial legislature. Federating units in our case, unlike in India, preceded the Republic of Pakistan. It was the will of the constituent units that gave birth to Pakistan. On the other hand, in India the central government created the states. The Indian Constitution allows new states to be created through a mere passing of a resolution of parliament and the state assembly concerned, while in the case of Pakistan, it requires constitutional reconfiguring twice over.

It seems there has been inadequate homework on a sensitive subject and this may well have a domino effect, potentially triggering latent fault lines, especially in Sindh and Balochistan. Examples of new provinces being created in other countries are often quoted, but what is ignored is that most of these countries are essentially unitary in character with constituent units having little empowerment. Had the creation of new provinces been the right recipe for a federal system, Arizona and Texas could well have been carved into two to three states. The Indian example is quoted frequently, but again it is ignored that its Constitution nowhere describes the country as a federation. It is a union of states with some federal features. Splitting of states in India is mainly driven by a need to defuse ethnic and linguistic tensions, with the centre continuing to enjoy overriding powers over a long list of concurrent subjects. It is noteworthy that Assam was divided into six states and yet it continues to be one of the most fractured and insurgency-prone areas of India.

In Pakistan after the passage of the 18th Amendment, federating units have been empowered to have bearing on subjects mentioned in the federal list two of the Constitution. Any move to unhinge the existing federal framework may well impel Islamabad to revisit the basics of the 18th Amendment as well as the parameters of the finance commission award wherein the federation’s share has been restricted to 42 per cent of the pie, far less than what is being doled out to the provinces. More than half of the amount with the federation is now expended on debt servicing, and it is left with very little financial space.

The outlying regions of Punjab make a fit case for the institution of a devolved, participative decision-making system that can enable symmetrical social and economic development. In an earlier article, while writing on Karachi, I had made the case for the passing of a ‘Greater Cities Empowerment Order’ that could cater especially to the needs of mega cities like Karachi. Likewise, we need a Regional Empowerment Order as well within each federating unit. In this regard, two to three civil divisions may be lumped together through a law that enables them to be classified as a region. Formula-based financial allocations, once made to the region, should not be siphoned off from the region on any pretext. At best, the allocations can be reappropriated for use within the region. This would stall the diversion of funds from the periphery to the core districts on spurious grounds, as often happens. The provision of block allocations that add to the chief executive’s unbridled discretion needs to be brought under a legal check. It is not uncommon to find as high as 50 per cent of the sectoral amount being under this head, which doesn’t go well with financial prudence. Allocations under this head are often just doled out through lavish announcements at public gatherings.

We also need to rationalise our service structures so that even a gazetted vacancy that opens up is filled from the same region. Our provincial service cadres are not only too lumpy and bloated, they have also further accentuated recruitments and placements to the disadvantage of peripheral areas. It is time now to opt for regional service cadres for selection. Incumbents may be recruited region-wise and their services can be placed within the region, while inter-regional rotation may take place once officers have reasonable years of experience under their belt. In BS-20, the officers at policy level may be inducted into the provincial cadre. This may require amendments to the service rules. A beginning could be made with the education and health departments, which are the largest in size, and expanded incrementally to the rest of the services.

While treading into this uncertain area, we need to move with caution and deep understanding of the multi-faceted issues at hand. Suggestions from certain quarters to form a national commission for threadbare deliberations into the matter make a lot of sense.

Understanding the value of dissent