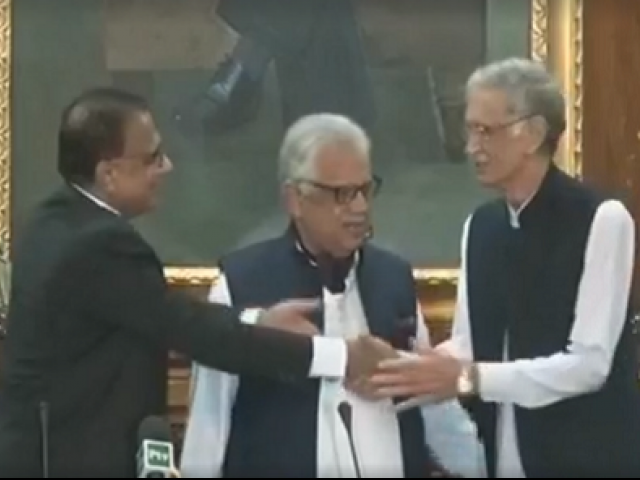 In a simple ceremony, Governor Iqbal Zafar Jhagra administered the oath. CM Dost is the sixth caretaker and the 30th chief minister of K-P.

“We will try to give maximum relief to the public during our short stint in the government,” the interim CM said in his brief talk to the media.

The caretaker chief minister said that the interim setup might face a few issues as the former government did not pass the budget.

CM Dost further went on to say that he will do his best to ensure free and fair general elections. “The cabinet will be a short one and people will be kept on merit. The mission given by the election commission and the Constitution will be fulfilled.”

Additional Secretary of ECP, Dr Aktar Nazeer said the government and the opposition had sent the ECP four names to be considered for the position of an interim chief executive.

The matter to finalise the name for the interim slot was forwarded to the electoral watchdog after a six-member parliamentary committee constituted by K-P Assembly Speaker Asad Qaiser and comprising Shah Farman, Atif Khan and Mehmood Khan from the Pakistan Tehreek-e-Insaf (PTI) and Noor Saleem Khan, Mehmood Khan Betani and Mufti Fazal Ghafoor of the Jamiat Ulema-e-Islam-Fazl (JUI-F) representing the opposition, failed to reach consensus on the issue.

The opposition had given the names of Manzoor Afridi, a cousin of Javed Afridi who owns PSL franchise Peshawar Zalmi, and Justice (retd) Khan while the government nominated retired bureaucrats – Himayatullah Khan and Ejaz Ahmad Qureshi.