Khan was nomina­ted by the opposi­tion for the interi­m slot
By Our Correspondent
Published: June 5, 2018
Tweet Email 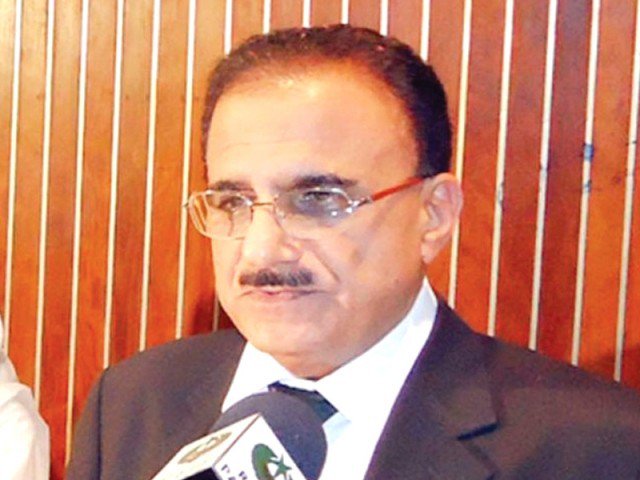 Additional Secretary of ECP, Dr Aktar Nazeer said the government and the opposition had sent the ECP four names to be considered for the position of an interim chief executive.

The matter to finalise the name for the interim slot was forwarded to the electoral watchdog after a six-member parliamentary committee constituted by K-P Assembly Speaker Asad Qaiser and comprising Shah Farman, Atif Khan and Mehmood Khan from the Pakistan Tehreek-e-Insaf (PTI) and Noor Saleem Khan, Mehmood Khan Betani and Mufti Fazal Ghafoor of the Jamiat Ulema-e-Islam-Fazl (JUI-F) representing the opposition, failed to reach consensus on the issue.

The opposition had given the names of Manzoor Afridi, a cousin of Javed Afridi who owns PSL franchise Peshawar Zalmi, and Justice (retd) Khan while the government nominated retired bureaucrats – Himayatullah Khan and Ejaz Ahmad Qureshi.

The committee was formed on Friday due to consistent disagreements between the provincial government and the opposition. Although the K-P government completed its five-year tenure on May 28 and the provincial law department issued a notification dissolving the assembly, the name of caretaker chief minister remained in limbo after PTI’s withdrawal of Manzoor Afridi’s nomination for the interim slot, former K-P chief minister Pervez Khattak and opposition leader Maulana Lutfur Rehman failed to agree on a candidate.

K-P caretaker CM to be decided by parliamentary committee

Under Article-224(A) of the Constitution, the opposition leader and the chief minister are tasked to choose a caretaker chief executive within three days of the dissolution of the provincial assembly. If both the parties fail to reach consensus on a name, the matter is referred to a parliamentary committee formed by the speaker of the provincial assembly with equal representation from the government and the opposition. In a situation where the parliamentary committee is also unsuccessful in reaching a conclusion, the matter is then forwarded to the ECP.