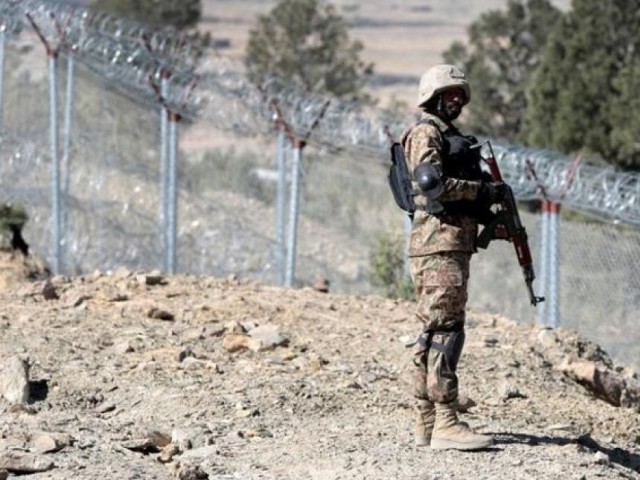 ISLAMABAD: Security forces killed at least six terrorists who launched raids and physical attacks from the Afghan side of the border to disrupt border-fencing work in Khyber-Pakhtunkhwa and Balochistan, said Pakistan Army on Sunday.

“Taking advantage of ungoverned spaces and facilitation inside Afghanistan, the terrorists resort to such attacks to prevent fencing and construction of border posts,” read the statement.

Pakistan is currently in process to fence the 2600Km long pours border along with Afghanistan in order to consolidate the gains of successful kinetic operation. The ISPR made it clear that fencing of Pak-Afghan border and construction of border forts would continue irrespective of the challenges posed by inimical forces.

The latest incident came just days after Pakistan and Afghanistan reported progress in their talks to sort out their issues including the border security through dialogue. Last week, a high-powered Afghan delegation led by its national security Adviser Hanif Atmar visited Islamabad for talks with the civil and military authorities.

Talks were part of the new mechism recently agreed between the two countries. One of the understandings reached between the two neighbours was to avoid blame game.During the visit of Afghan delegation, the two sides made “significant progress” towards finding a common ground for the endgame in Afghanistan .

The visit of Afghan delegation comes against the backdrop of agreement reached between the two countries earlier this month to operationlize Afghanistan-Pakistan Action Plan for Peace and Solidarity (APAPPS).

APAPPS provides a framework to strengthen mutual trust and deepen interaction in all spheres of bilateral engagements. It is also a mechanism for finding solutions to bilateral areas of concern.

Pakistan and Afghanistan have had difficult patch in their relationship for last many years mainly because of differences on how to put an end to the Afghan conflict.