25th convocation of International School of Choueifat held in Lahore

25th convocation of International School of Choueifat held in Lahore 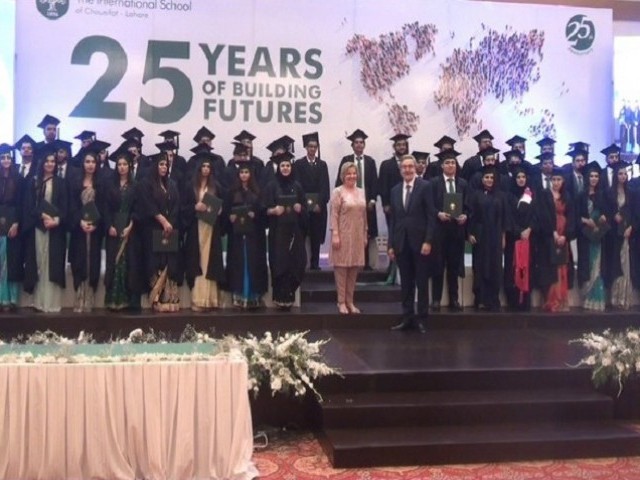 Over 50 students receive degrees on completing grad-12 from the prestigious school. PHOTO: EXPRESS

LAHORE: More than 50 students received their degrees on the 25th convocation of the International School of Choueifat in Lahore on Saturday.

Parents and guests attended the ceremony, held at a local hotel to distribute the degrees among successful students.

Students, with dreams of a prosperous future in their eyes, expressed joy on successfully completing their grade-12. They said they were happy to get their degrees but sad to leave their friends at the same time. 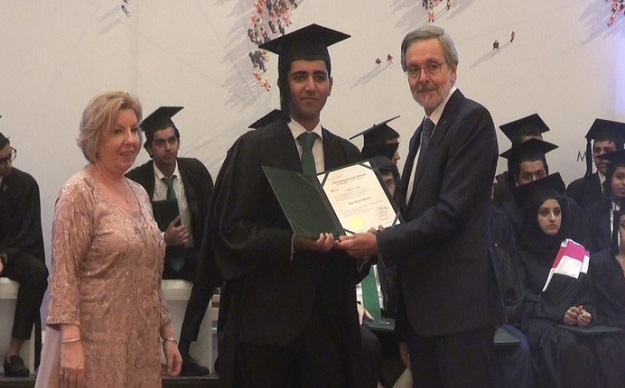 Some of them said that they will join universities to begin new journeys of their lives. 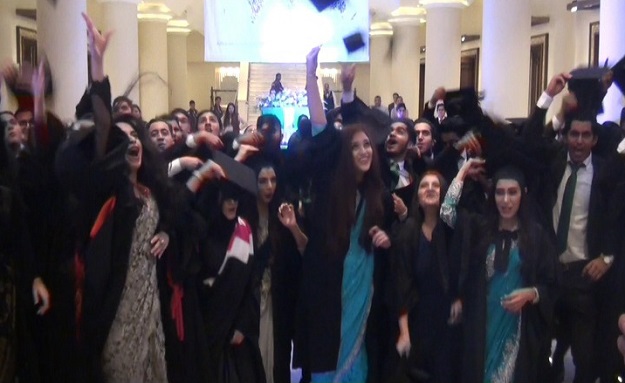 Expressing her emotions, director of the school Margo Abdel Aziz said she had developed an emotional relation like a mother with these children. She said she will miss them but also felt happy that they have reached an important milestone in their lives.

President of the International School of Choueifat Carl Bustami awarded the degrees to the students. He congratulated the successful students. 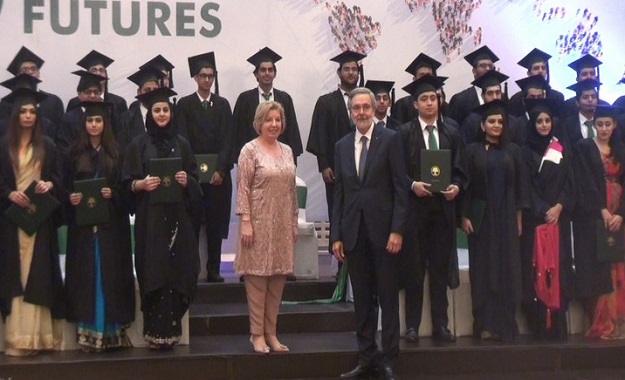 Addressing the ceremony she said that the graduating students were lucky as the standard of education imparted at the school was unparalleled throughout the world, including the United States.

She said Pakistani children had potential to compete with the children of any country in the world.