Seeing it for real, most have been left even more impres­sed by Gassam­a's athlet­icism
By AFP
Published: June 1, 2018
Tweet Email 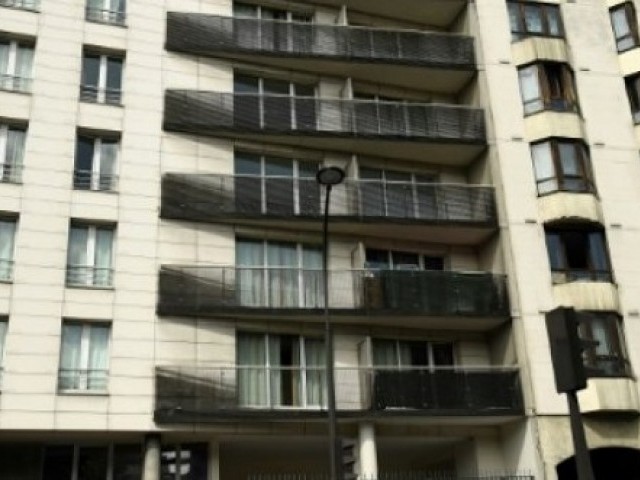 The building in Paris where Mamoudou Gassama scaled four storeys with his bare hands to rescue a child hanging. PHOTO: AFP

PARIS: Having featured as the backdrop to Mamoudou “Spider-Man” Gassama’s dramatic rescue act last weekend in Paris, the six-storey apartment building has become an unlikely attraction and the city’s hottest spot for a selfie.

Since Gassama’s extraordinary feat last Saturday, when he scaled four floors with his bare hands to rescue a child, crowds of Parisians have stopped by to gaze up at the balconies that have featured on television screens worldwide.

Seeing it for real, most have been left even more impressed by Gassama’s athleticism that saw him jump from one floor to the next, each time hauling himself up towards the four-year-old boy dangling above.

“Since Saturday, it hasn’t stopped,” Chantal, who lives in the bloc in the 18th Arrondissement of northern Paris said, giving only her first name. “Every day people have been coming to look at it themselves.”

A crowd of people were gathered when AFP visited on Thursday, taking photographs with their mobile phones and expressing wonder at the heroics that earned Gassama a fast-track to French nationality and a job in the fire service.

The Malian migrant, 22, arrived illegally in France in September 2017 and had been working in the construction industry before his Spider-Man-style climbing propelled him to global superstardom.

Visibly shy and uncomfortable in front of the cameras, Gassama began a new life as a trainee fireman this week after signing a contract with the Paris service.

The father of the rescued child is being prosecuted and will face court in September for having left his child while he went shopping.