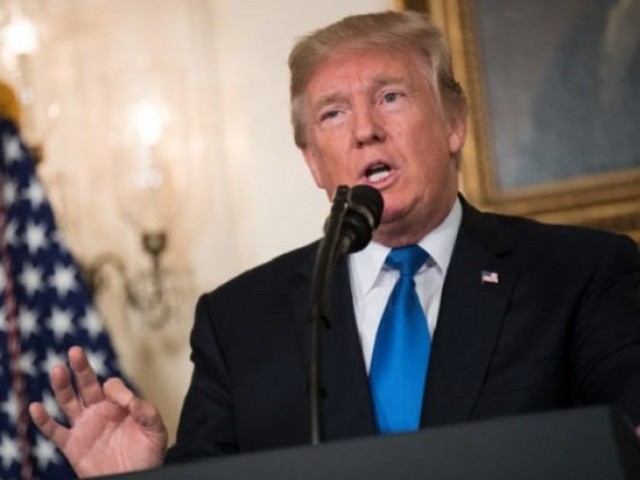 PARIS: French oil major Total said on Friday the probability of winning an exemption from US sanctions against Iran to continue a major gas field project was very faint.

The energy giant had already warned that, unless Washington granted it a waiver, it would pull out of the South Pars 11 project which it started in July 2017, two years after Western powers signed a nuclear deal with Tehran prompting the return of many businesses to Iran.

But last month, President Donald Trump announced his withdrawal from the deal, and told companies that they face sanctions if they do business with Iran.

Iran’s oil minister on Wednesday gave Total 60 days to win a sanctions waiver from Washington before it would lose its stake in the multi-billion-dollar project.

But on Friday, Total’s chairman Patrick Pouyanne told shareholders that the prospect of a sanctions exemption was dim.

“The probability of us getting an exemption is very slim”, he said.

Total said earlier this month that it has $10 billion of capital employed in its US assets, and US banks are involved in 90 percent of its financing operations, making Total highly vulnerable if targeted by any US actions.

By contrast, Total said it had spent less than ($47 million) on the Iranian project, which it runs with its partner Petrochina and which is dedicated to the supply of domestic gas inside Iran.

A withdrawal from the Iran project would not affect Total’s current overall production targets as the group had since opened up other growth opportunities, it said.

Meanwhile, Tehran said that Chinese state-owned oil company CNPC will replace Total on the gas project if the French company pulls out.