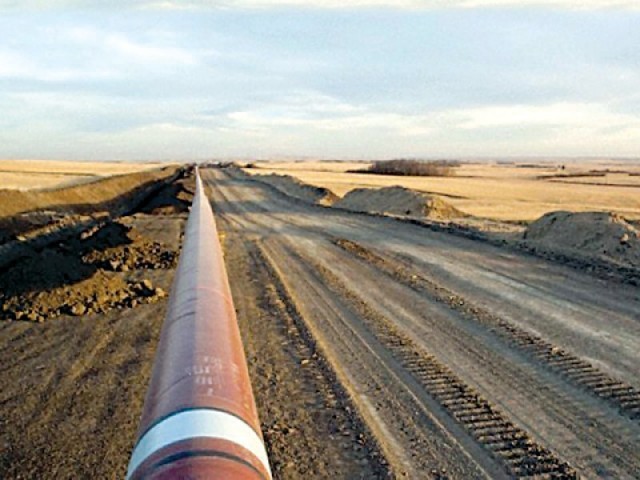 LAHORE: Over 400 kilometres section of Turkmenistan-Afghanistan-Pakistan-India (TAPI) Gas Pipeline, which will pass through the Punjab province, should fully conserve and protect agro-economy of the province, especially sugarcane and mango farms of the districts that will come across the proposed route of the pipeline.

The demand was made by various speakers addressing a provincial scoping workshop held on Thursday to evaluate Environmental and Social Impact Assessment (ESIA), being done for 825km-long Pakistan section of the proposed pipeline.

Audience of the seminar were informed that four separate ESIA studies were being conducted for the total 1,814km-long TAPI project in Turkmenistan, Afghanistan, Pakistan and India.

The project will pass through a total of 17 districts of Pakistan, including nine in Punjab and the rest in Balochistan.
The Environmental Management Consultants (EMC) Pakistan organised the workshop as being the local associate of international consortium of consultants, NAFTEC/MAB and Jacobs, working on ESIA of TAPI Gas Pipeline project.

“The environmental assessment study must focus on protection of sugarcane crops and mango orchards as pipeline track passes through Muzaffargarh, Multan and Khanewal districts in Punjab’s territory,” said Punjab Environmental Protection Agency (EPA) Director General Asif Iqbal while speaking at the working as the chief guest.

Speaking on the occasion, the provincial EPA DG pledged full assistance on behalf of the Punjab government in construction of the portion of TAPI Gas Pipeline, which would pass through several districts of Punjab to connect the project with the Indian border.

The gas pipeline project at the same time should fully take care of the vital agricultural farms of the province that would come across proposed route of the project, he added.

The provincial EPA chief also urged the environmental organisations, conducting environmental assessment study on the gas pipeline project, to discuss various points with the EPA to implement the project without any hindrance and to ensure transparency in the project.

From EMC Pakistan, ESIA Study Project Manager Saquib Ejaz Hussain said, “The route of the TAPI project will be finalised once the ESIA study report is duly submitted to the governments of Afghanistan and Pakistan later this year.”

Former Pakistan Environmental Protection Agency DG and EMC Pakistan Chief Operating Officer Asif Shuja Khan said, “The ESIA study will conduct air quality and noise surveys; physical environment survey will be undertaken; archaeological and cultural sites will be protected; ecological survey will be conducted to protect flora and fauna and socio-economic survey as well as resettlement surveys will be conducted.”

EMC Pakistan Managing Director Syed Nadeem Arif said, “The ESIA of the project will comply with the local and international environmental standards, including the regulations set by leading global financial institutions, to assess the environmental, socio-economic, and community health components of major developmental projects.”