Minist­er review­s pre-flood arrang­ements by differ­ent dept to deal with any threat of flood
By Our Correspondent
Published: May 30, 2018
Tweet Email 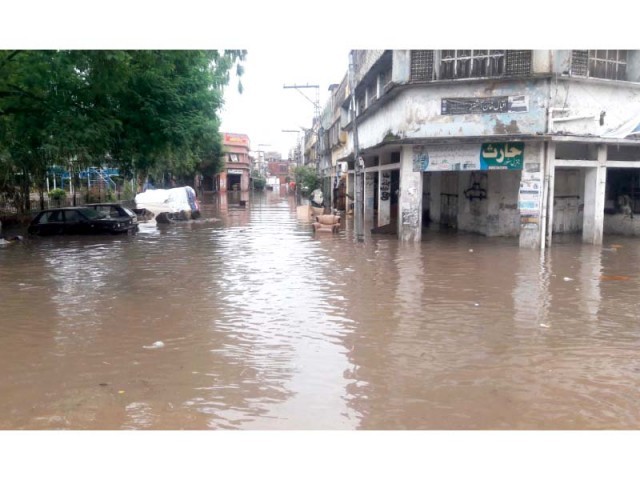 LAHORE: Provincial Minister for Planning and Development and Chairman Cabinet Committee on Floods Malik Nadeem Kamran has directed all the district administrations to remain fully vigilant and alert in the wake of any possible urban flooding during the Monsoon season.

He directed all the relevant authorities to ensure that drains are clear so that any urban flooding is avoided.

Speaking on the occasion, he thanked all the cabinet committee members and deputy commissioners for their cooperation and assistance in dealing, managing and resolving all the issues during the previous years. “I have been working with you people for the last 3 to 4 years and today is my last meeting as you know the government is going to dissolve and elections are approaching. We worked as a team and I have a very good time with you.”

Senior Member Board of Revenue (SMBR) Muhammad Aslam Kamboh said that urban flooding is a sensitive issue and all the drains in the cities are designed for sewerage, not for , therefore, all the deputy commissioners must ensure that the drains are clear and the process of desilting is going on. He directed all WASA’s and municipal committees in districts to ensure that no canal is used for drainage purpose.

He further said that during the flood season, we have to face water supply and chlorination issue hence, it is necessary to check the status of all the water filtration plants as well.

Briefing the meeting, Director General (DG) Provincial Disaster Management Authority (PDMA) Mudassar Waheed Malik said that PDMA Punjab is in close contact with all the relevant departments and deputy commissioners to complete pre-monsoon and flood arrangements and in this regard, many initiatives have been taken as a preparedness activity.

Chief Meteorologist Muhammad Riaz briefed the meeting about the weather situation. He said that there are no chances of any flood in pre-monsoon season. However, dust storms are expected in June and July.