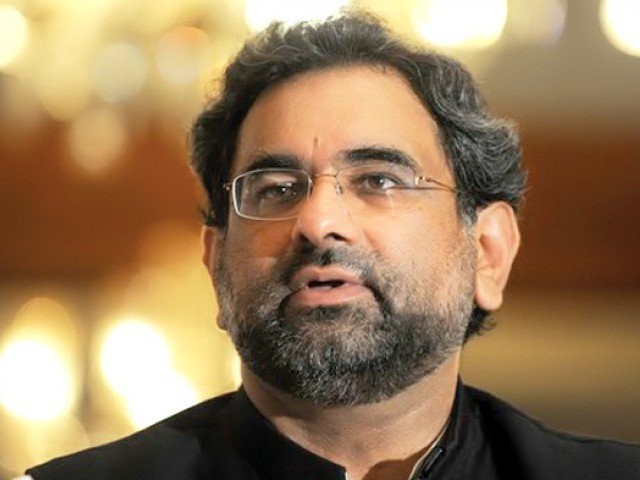 He, however, failed to justify low investment in the power and distribution system that had encountered tripping several times, leading to blackouts in the country.

“The PML-N government has added 11,461MW power from new resources in the system,” the prime minister told a news conference, highlighting energy projects in the federal capital just a day before leaving the office.

He claimed that the PML-N government had added 11,461MW power from new resources to the system.

But how much new power transmission and distribution lines had been laid and constraints in the power system had been removed for smooth supply of electricity to the power consumers was missing from his narrative.

In the recent past, the power system tripped several times while circular debt had touched Rs573 billion.

However, responding to a question regarding the debt, Abbasi claimed that by the time PML-N leaves power the debt would be less than Rs480 billion that the party had faced when it resumed power some five years ago.

The presentation given by Abbasi shows improvement in the power and distribution system and governance in the power sector that led to the piling up of Rs573 billion circular debt.

The PML-N government had borrowed over Rs200 billion during the last two months to clear circular debt.

Instead, the PML-N government imposed several surcharges like financial cost surcharge, tariff rationalisation surcharge and debt servicing surcharge during its tenure but to no avail.

The circular debt poses a threat to the upcoming government as it has crossed one trillion rupees mark — including borrowing that had been parked to Government Holding Private Ltd (GHPL) which would be paid by imposing debt servicing surcharge on consumers.

He said electricity demand in June would stand at 22,538MW against the total expected generation of 22,178MW, registering a shortfall of 362MW.

In July, the demand would decline to 22,346MW against expected generation of 21,943MW, causing a shortfall of 403MW. However, the demand would come down in August to 21,515MW and the country would have surplus of 250MW electricity.

He said the total monthly generation of electricity was 9.913 billion units in 2013 that had gone up to 14.6 billion units that accounts for 50 per cent increase in additional power generation.

He said the government had added 11,461MW additional electricity to the national grid.

He urged the future government to continue to work on those projects to add more power to the system to meet the growing demand of electricity.

He said per capita consumption of electricity was 600 units that would increase to 1,000 units. “This would require additional electricity in the system.”

He gave full credit to the leadership of Nawaz Sharif for generating additional electricity.

Abbasi also defended the bureaucracy and criticised the National Accountability Court (NAB) for harassing them. “I present myself for trial before the anti-corruption watchdog.”

“NAB should not treat bureaucrats with contempt and insult them.”

Abbasi threw open challenge to the PML-N detractors for a debate on the media over corruption charges levelled against him by a politician from Rawalpindi (Sheikh Rashid).

He said that he had written a letter to the NAB chairman when he was petroleum minister not to harass the bureaucracy and offered himself for trial.

Responding to a question about the Kalabagh dam, he said, “Such projects need national consensus.”

He said that the first water policy had been approved with national consensus and work on two mega dams, including Diamer-Bhasha dam, had started.

He said the federal government had offered provinces to take control of power and gas distribution companies as they were not ready to cooperate to address the issue of power and gas theft.

On the controversial dam in Indian Occupied Kashmir, Abbasi said Pakistan had wanted the World Bank to refer the matter to court of arbitration whereas India desired neutral expert. He said negotiations were underway in this regard.

He said Pakistan had taken all measures to present its case before meeting of financial action task force in June next month.

The prime minister said Pakistan had complied with the resolutions of the UN Security Council and would present its narrative before the task force to avoid placing the country on the global list of countries that finance terrorism.

“We hope our narrative would be accepted,” he added.