Togeth­er, they consti­tute a trilli­on-dollar market
By News Desk
Published: May 29, 2018
Tweet Email 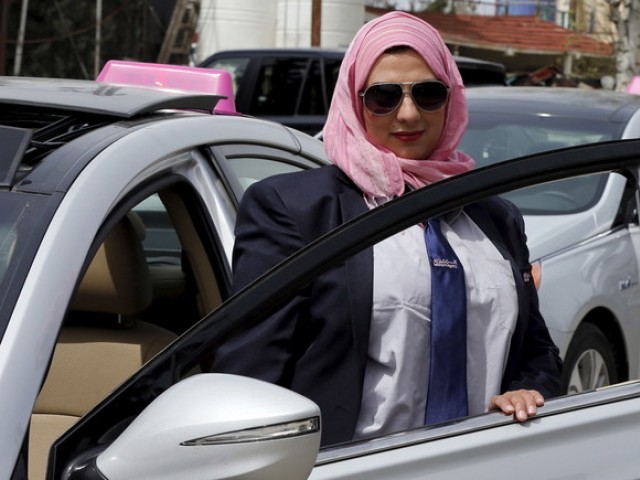 An unprecedented number of Muslim women have joined the workforce over the last 15 years, according to the World Economic Forum.

More women work across the Muslim world than in the United States or the European Union, according to Saadia Zahidi. Zahidi, who has penned a book on the ‘quiet’ revolution points out how the number of Muslim working women have swelled from 100 million in 2000 to 155 million, a 50% increase.

Elucidating on the the transformation sweeping across the Muslim world (no unitary black box), Zahidi mentions how women have acquired hitherto untapped economic opportunities and role models with the proliferation of globalisation and technology. Dual- income households have increasingly become common with the urban middle class breaking traditional breadwinner, caregiver stereotypes.

Local and multinational businesses have realized that working women are more than a niche market. They now invest in strategies to recruit women and enable practices that fit the local context in order to appeal to women.

The market is recognised as an untapped territory. Ladyjek in Indonesia sells motorcycle rides exclusively to women. Egyptian Mumm foods connects female cooks with office workers who want home-cooked meals. Saudi Arabia’s Careem is training women drivers with the kingdom scrapping a driving ban soon.  Egypt’s Samira Negm has solved traffic congestion and transport safety through Raye7. DoctHERS in Pakistan has connected those living in rural areas to housewives who are qualified doctors. Hijup in Indonesia caters to devout women as the largest online retailer of “modest fashion”.

Businesses recognize nuances in consumer segments of working women and women who are traditional caregivers. The former has direct agency over earnings while the latter has secondary access to consumption. Products and services are designed for this current market.

Women’s earnings have risen to approximately $1 trillion. Economies have started to benefit from their investment in women’s education. However, there is more to be gained from further investment. Muslim countries could increase their national income by $5.7 trillion if they ensured equal workforce participation. According to McKinsey, if the UAE increased its female labor force particpation to its full potential by 2025, its GDP would rise by 47%.

Law governing home-based workers yet to be passed

While comparitively less women are enrolled in science, technology, engineering and mathematics (STEM) courses the world over, Muslim majority Brunei and Kuwait are two of five countries bucking the trend.

Across another 18 countries, women make up 40% or more of STEM students. Over half of these also Muslim-majority countries including Tunisia, Qatar, Algeria, Oman, Malaysia, Jordan, Bahrain, Azerbaijan and the UAE. In Saudi Arabia, 38% of STEM students are women. In Iran, 34%. Corresponding figures for the United Kingdom and the US stand at 36% and 30% respectively.

As the number of working Muslim women continues to rise, its ramifications will be felt internationally. “Their economic fortunes will determine the prosperity and stability of their own countries, and, by consequence, of the global economy,” Zahidi concludes.

This article originally appeared  in The World Econonic Forum.