Though women consti­tute 49% of Pakist­an’s popula­tion, they consti­tute only 24% of the labour force
By Iftikhar Ahmad
Published: March 10, 2018
Tweet Email 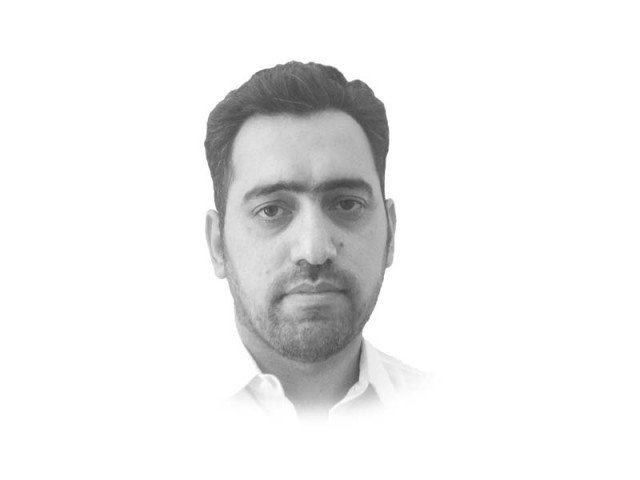 Pakistan has held the second-to-last spot on the Global Gender Gap Index for five years in a row (2012-17). The index measures countries’ progress towards gender parity on: economic participation and opportunity, educational attainment, health and survival and political empowerment. This article focuses on the issues hindering economic participation of women and initiatives that the state should take to improve women workforce engagement.

Though women constitute 49% of Pakistan’s population, they constitute only 24% of the labour force. The ILO data indicates that Labour Force Participation Rate (LFPR) for men (82.5%) is more than three times higher than women (24.8%). The gender gap in LFPR is one of the world’s highest, making Pakistan comparable with Arab states and countries of North Africa. Even when women want to participate in the labour force, they are unable to find employment. There is a noticeable gender gap in the unemployment rate. It is 5% for male workers and 9% for female. In the urban areas, the female unemployment rate rises to 20% while that of males is 6%.

Women’s share in wage employment is only 15% as they are engaged mostly as contributing family workers (54%), eventually working without pay. A UN-Women study estimated the value of female contributing family workers as nearly 4% of GDP (Rs400 billion in 2014). The hourly gender wage gap is estimated at 26%, indicating that women’s wages are only 74% of men’s wages. Only 37% of women workers are paid wages regularly. Others are engaged as part time or piece-rate workers. Of the regularly paid women workers, 55% received less than the applicable minimum wage (Rs12,000) in 2014-15.

The Employment-to-Population Ratio (EPR) is 20% for female workers and 64% for male workers. The EPR represents the share of unutilised labour in an economy. Pakistan’s current labour underutilisation rate for women workers is 80%. Even when women have jobs, they face sectoral or occupational segregation. The Labour Force Survey 2014-15, the most recent available, indicates that women are concentrated in agriculture (72%), manufacturing (14%) and community and personal services (11%). In the case of occupational groups, women are mostly working as skilled agricultural workers (62%), elementary/unskilled workers (15%) and craft and related trade workers (13%). Less than 2% of the female labour force is registered with the provincial social security institutions thus leaving them without any social protection in the event of workplace accident or disease or maternity.

Most women are engaged in the informal sector, working without any legal protection as domestic workers, home-based workers and piece-rate workers for the manufacturing firms. Though Punjab and Sindh have announced policies for domestic and home-based workers, no enforcing legislation has been enacted so far.

The usually identified factors that promote (conversely restrict) female labour force participation include educational attainment, fertility, family size and income, being the head of the household, religion along with local customs and social norms, and marital status. Availability of work-family reconciliation measures, including of part-time work for women (not regulated in Pakistan), fully protected paid pregnancy-related leaves, availability of childcare subsidies (not provided as a statutory benefit though Punjab Day Care Centre model can be emulated in other provinces), and statutory right for the nursing mothers to have breastfeeding breaks have a significantly positive impact on female labour force participation. The major challenges to female labour force participation include lack of affordable and accessible transport and childcare, workplace harassment and discrimination, and work and family balance.

A much-neglected factor and consequently a challenge is lack of ‘enabling labour legislation’. Legislation prohibiting workplace discrimination, including harassment and guaranteeing pay equality, even when implemented in a lacklustre way, has a symbolic significance, leads towards an attitudinal change by shaping public attitudes, allows inspection by labour departments and court action for enforcement. World Bank studies indicate that labour legislation can have positive or negative effects on female workforce participation. Industry and working-hour restrictions, as found in Factories Act(s), lead to employment segregation where women are confined to a limited set of sectors and occupations.

Under the Special Economic Zones Act, enterprises commencing their activities by June 2020 are granted exemption from all income taxes for the next 10 years. The government can announce similar tax exemption schemes to increase female participation in the labour market. Tax credits or benefits for low-wage earners can be used to stimulate labour force participation of women. Some years ago, the exemption limit under the Income Tax Ordinance in Pakistan was set higher for women taxpayers than men, an incentive for women to earn more. However, this exemption is no longer applicable.

Though laws can help in attitudinal change, these are not enough to create inclusive and gender equitable labour markets. Legislative efforts need to be complemented with sufficient budgetary allocations for departments/institutions tasked with the enforcement of legislation, vibrant labour inspection system, dissuasive penalties, increased awareness of workers about their rights, access to enforcement mechanisms and protections of workers against victimisation.