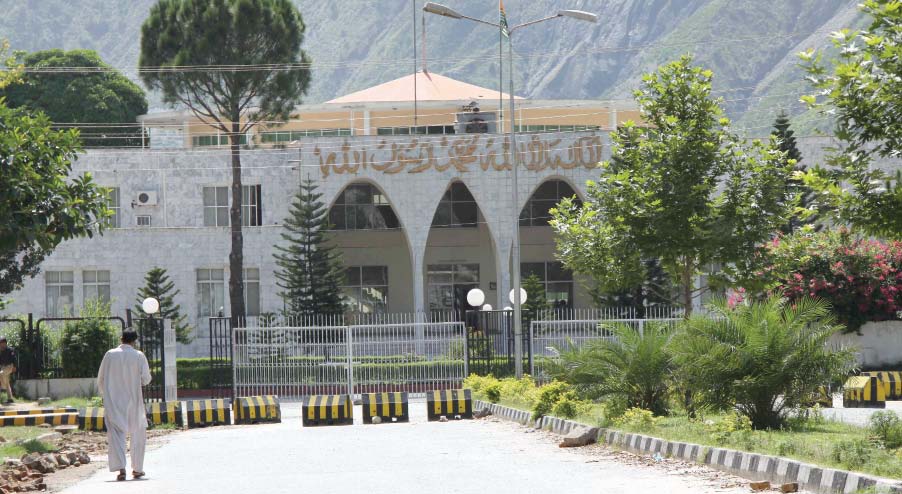 MUZAFFARABAD: The legislative assembly of Azad Jammu and Kashmir (AJK) on Sunday passed the Rs1.8 trillion budget proposed for the fiscal year 2018-19.

The house also approved revised budget for the fiscal year 2017-18 to the tune of over 96 billion rupees. Earlier, members of government and opposition benches took part in a general debate on budget proposals for the fiscal year.

Winding up the debate, Finance Minister Dr. Najeeb Naqi thanked the members of the house for their active participation in the budget debate. He said government has allocated 25 billion rupees for the development sector for speedy development of the state.

Focus has been given to on-going projects particularly road infrastructure on which over 10 billion rupees would be spent, the minister said and added that out of total development outlay, 71 % allocated for ongoing while only 29 percent for new 201 projects.

The minister even stated, 41 percent of the development budget has been allocated for communication while about 60 % for other sectors.

He thanked the federal government for delegating financial autonomy to the AJK government and said they will utilize and spent their resources in a transparent way.

Now, AJK government will not seek prior approval for creating vacancies and her spending in various sectors.

He informed the house that water user charges of the state have been enhanced from 15 paisa to one rupee ten pesa. Moreover, earlier, the AJK Government had to receive 11 billion rupees in PSDP which has now been raised to 24 billion rupees.

A ten percent increase in salaries of the government employees and pension of retired employees was also announced by the AJK Finance Minister like the federal government.

He said 130 million rupees have been set aside for providing basic facilities to the people living along the LOC and adjoining areas.

Taking part in the budget debate, Prime Minister Raja Farroq Haider Khan said PML-N government in AJK has put the state on self reliance by better financial management during the past 1 year and 8 months in power.

“We have achieved financial independence by adopting strict financial discipline for over 2 Years,” said PM Raja Farooq Haider Khan and added that AJK will not face any financial crunch in future because of the solid reforms introduced in the state by the incumbent government.

PM Haider said that AJK government is highly indebted to Mian Nawaz Sharif and PM Shahid Khaqan Abbasi for increasing development budget of AJK from Rs 11 billion to 25 billion and share of AJK in federal taxes from 2.27 to 3.64.

The PM said that Kashmir freedom movement would remain prime focus of the AJK government and all available resources would be utilized for highlighting and reinforcing the struggle of people in Indian occupied Kashmir (IOK).