More than 50 patien­ts have been admitt­ed to variou­s health facili­ties this summer
By Noor Soomro
Published: May 28, 2018
Tweet Email 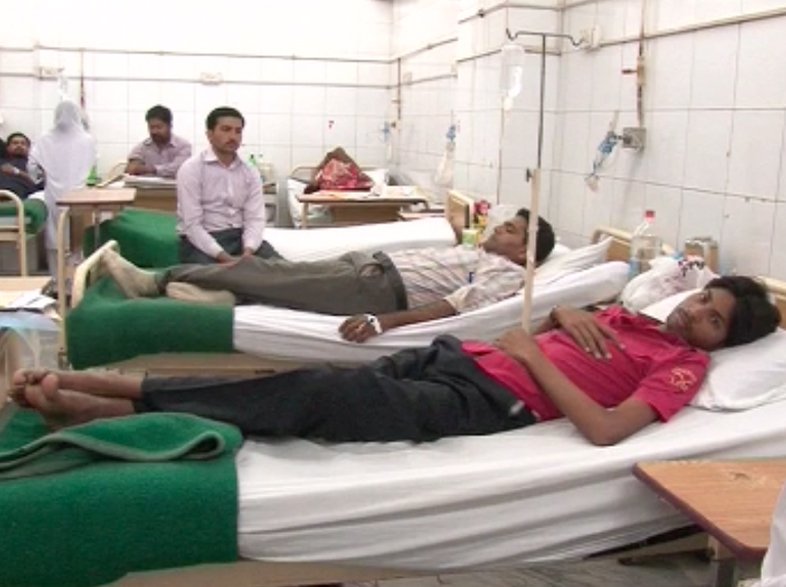 More than 50 patients have been admitted to various health facilities this summer PHOTO: EXPRESS

The victims were suffering from dysentery and vomiting due to which their condition deteriorated, doctors at Sheikh Zayed Hospital said.

All the patients were being provided treatment, however condition of one of the victims was serious, the doctors added.

With increasing temperature and unhygienic conditions, the gastroenteritis epidemic is spreading like wildfire. More than 50 patients have so far been admitted to various health facilities of Rahim Yar Khan. Those currently being treated also include a large number of children.

The highest number of patients suffering from the disease was reported in Lahore followed by DG Khan, Sheikhupura, Multan, Bahawalpur and Faisalabad.

Medical experts were of the view that the consumption of unhygienic food, drinks and contaminated water are major causes of such infectious diseases. They said the majority of the patients fall victim to such diseases due to hot weather and the use of contaminated water.