Accuse­d Sohail and Naeem abduct­ed boy when he was on his way to semina­ry
By Our Correspondent
Published: May 28, 2018
Tweet Email 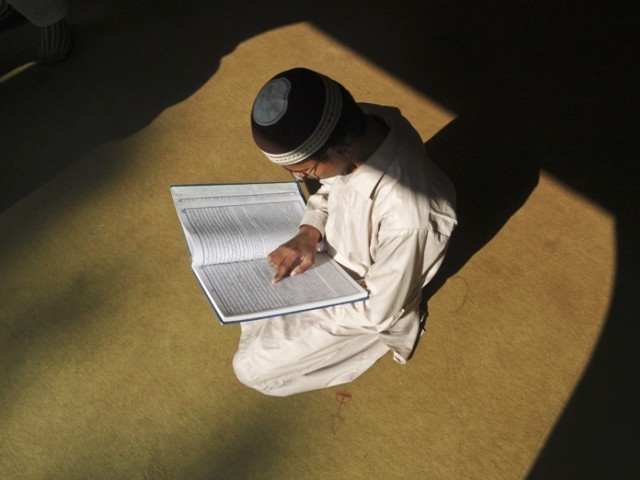 A police official told Express News that the boy, a resident of Fazalabad, was on his way to a madrassa when accused Sohail and Naeem abducted him and took him to a campsite. The accused allegedly sexually assaulted the victim and fled the scene after committing the offence, he added.

After the incident, the area people shifted the boy to a local hospital. They protested and demanded of the chief minister of Punjab and authorities concerned to nab the culprits and award them exemplary punishment.

Meanwhile, victim’s uncle Mehboob Ahmed said, “The suspects are influential men in the area and hence they do not expect justice from the police.” He demanded of Punjab CM Shehbaz Sharif, Punjab IGP Muhammad Arif and others to take notice of this heinous act and take action against the accused. When contacted, Shedani Sharif police station SHO Saifullah Khan said that action will be taken after receiving the results of the medical report.

Earlier, the police arrested a teenager and four others from a madrassa in Faisalabad for molesting an eight-year-old boy and then murdering him by throwing him off the roof of the seminary. The child’s body was found lying naked on a lane next to the madrassa in Madina Town.