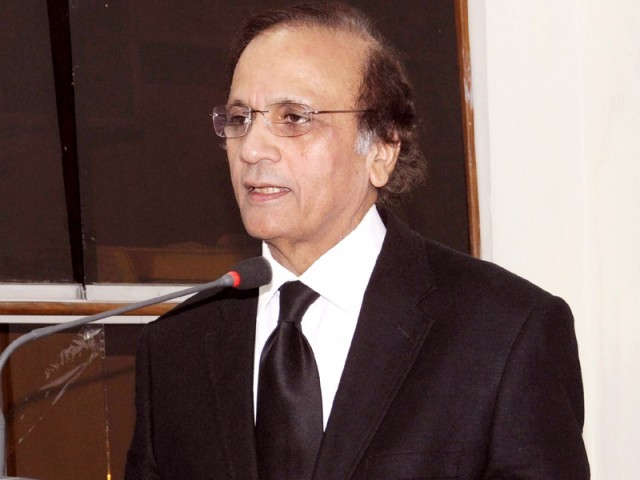 ISLAMABAD: Despite the adamant stance of the leader of the opposition in the National Assembly, top leaders of the Pakistan Peoples Party (PPP) are trying to evolve a consensus on finalizing the caretaker prime minister in a bid to avoid involving the parliamentary panel concerned.

Previously, Khursheed Shah had publicly declared about not continuing with the consultations with Prime Minister Shahid Khaqan Abbasi on this issue.

Abbasi and Shah are expected to hold another crucial meeting on the issue, most probably on Monday (today).

Both the federal government and the opposition appear to favour elevating former chief justice Tassaduq Hussain Jillani to the post of the caretaker prime minister.

Sources in Pakistan Muslim League-Nawaz (PML-N) told The Express Tribune that PPP leadership wanted to resolve the issue without referring it to the parliamentary committee.

“If this matter is referred to the parliamentary panel, the chances of accommodating any candidate favoured by the PPP are bleak,” said a well-placed source privy to the matter.

This implies that both Tassaduq Jillani and Nasirul Mulk were backed by both PML-N and PTI.

“If you keep in view the kinship factor, the PPP is likely to endorse the candidature of Tassaduq Jillani,” said a senior political leader, requesting anonymity.

Former secretary of the Election Commission of Pakistan (ECP) Kanwar Dilshad also agreed with the assertion that the name of the caretaker prime minister would be finalised without the issue being referred to the parliamentary committee.

“If there is a deadlock and the matter is referred to the parliamentary committee set up by the speaker of the National Assembly, the PPP will probably face embarrassment,” Dilshad said.

“Based on the government and opposition’s existing strength in parliament, I believe four of the committee members would be from PML-N. From the opposition, PPP will have two members and PTI and Muttahida Qaumi Movement will have one member each. PML-N and PTI are likely to support candidates such as Tassaduq Jillani or Nasirul Mulk but MQM, which is highly unlikely to support PPP, will also support government’s candidate. The PPP would be outnumbered,” he said.

In the light of existing constitutional provisions, the parliamentary committee would be set up after May 31, after the end of the tenure of the National Assembly, Dilshad said.

The panel will have 48 hours to pick a prospective caretaker PM. If it fails to do so, the ECP would take over the task. It will have another 48 hours to make a final decision, the way it did in 2013 by appointing Mir Hazar Khan Khoso as caretaker PM.

An official said that if the matter was handled by the ECP, it is expected that the commission would favour either Tassaduq Jillani or Nasirul Mulk.