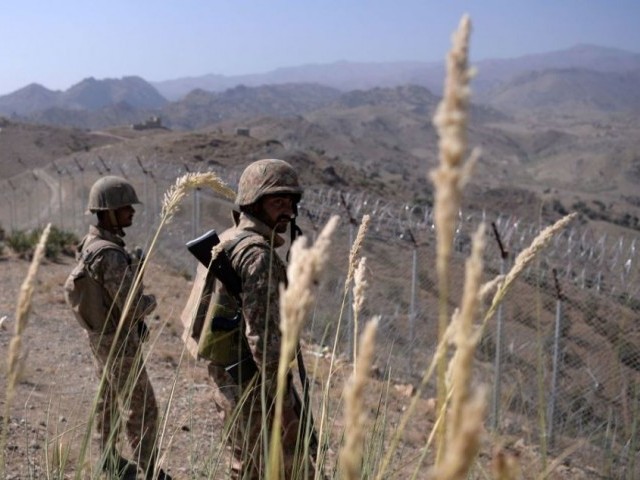 ISLAMABAD .: Iran has warned Pakistan to careful as the Islamic State is being relocated in border region shared between Pakistan and Afgahnistan.

Official sources told The Express Tribune that a senior Iranian official informed a delegation led by Attorney General for Pakistan (AGP) Ashtar Ausaf Ali that Iran have credible intelligence reports that the US has relocated Da’esh and its heads Abu Bakar Baghdadi to Afghanistan.

The official also informed that the US and Israel intend to turn Pakistan and Iran into another Syria, Iraq, Libya and Afghanistan.

A delegation led by Ashtar Ausaf Ali visited Iran on the invitation of Iranian AG Muhammad Jaffer Monatazeri two weeks ago to discuss various issues, especially related to the judiciary of both countries.

Both sides agreed to establish a working group for sharing information, exchange of prisoners, exchange of focal points from National Commission on Human Rights, etc.

Foreign policy experts are giving much importance to Iranian message regarding Da’esh’s presence in Afghanistan and the support provided to it by the US.

The Foreign Office is also repeatedly questioning the increase of Da’esh’s presence in Afghanistan. Russia, Tajikistan, etc., have already shown concerns over alleged US’ backing to Da’esh.

Recently, Tajikistan’s ambassador in Pakistan, while addressing a news conference on May 16, expressed concern over the increase in the influence of Da’esh in Afghanistan, adding that its presence is big threat for the peace of whole region.

The other significant outcome of the visit was that the delegation has been informed that the Iranian Supreme leader has directed the Iranian judiciary to help the oppressed people of Kashmir against injustice meted out to them.

US warns Syria of ‘firm’ measures for ceasefire violations

It is learnt that AGP Ashtar Ausaf also appreciated the stance taken by the Supreme leader on Kashmir.

Similarly, sources reveal that Iran also requested the extradition of individuals, who had committed crimes in Iran and escaped in Pakistan.

Meanwhile, Iranian AG, while meeting with the delegation, mentioned that four Iranian border guards were killed when terrorists attacked them at the Pakistan-Iran border.

He also told the delegation that Iran wants cooperation in intelligence sharing and tackling drugs trafficking from Pakistan.

The official sources reveal that the Iranian AG also expressed hope that the cooperation on terrorism would help Pakistan, Iran and Afghanistan to counter Da’esh in the region.

He also proposed the formulation of Working Group compromising people who are experts in the field of law, intelligence and security to resolve issues pertaining to judiciary as both countries are lacking cooperation on fighting terrorism and narcotics.

Both the AGs agreed to establish a working group of prisoners and drug-related offenses from the ministry of foreign affairs, Iranian intelligence agencies, AG office, and ministry of justice.

With regards to the human rights issue, the Iranian AG proposed to support each other at international forum and suggested to exchange 151 Iranian prisoners.

He stated that they are ready to nominate the members of working group. However, he expected a list of prisoners and convicted Iranian nationals in Pakistan’s custody. He highlighted the issue of missing soldier Saeed Barani to which the AGP assured that he would discuss this issue with relevant quarters and he would update to Ambassador of Pakistan in Tehran.

The delegation led by AGP Ashtar Ausaf Ali also met Minister for Justice of Iran Seyyed Ali Reza, who appreciated Pakistan’s judiciary‘s role for upholding the rule of law in the country.

The minister believes that the courts can play its role in securing human rights and guaranteeing its implementation.

The AGP while meeting with counterpart recommended for establishing a direct email link so it would be easy for both states to peruse urgent matter with the relevant ministers/ departments.

He also proposed that Pakistan and Iran to work together at international fora.

“There we can have one voice and once stance in international organisations and we should play a leading role in these organizations,” he added.

It is also learnt that the AGP office has sent a complete report regarding the outcome of visit to Prime Minister and relevant quarters.