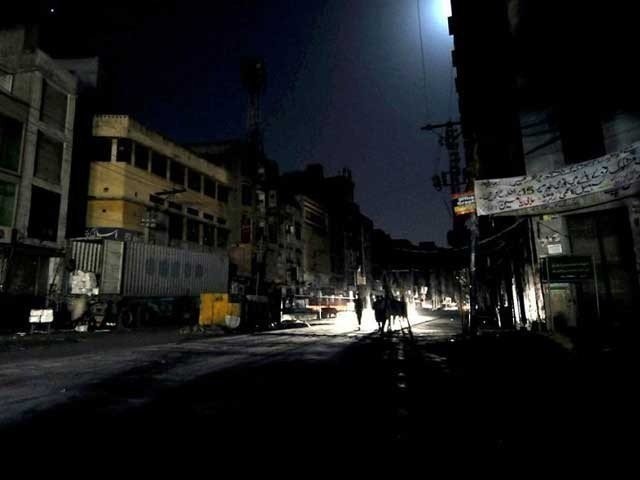 LAHORE: With the mercury level rising, complaints of frequent power tripping and low voltage have increased manifold in the provincial capital.

Citizens complained that unstable power supply has destroyed electrical appliances in their homes and offices.

Talking to The Express Tribune, a resident of China Scheme, Hassan Raza said that hardly 140-150 volts are being supplied to their neighbourhood by the Lahore Electric Supply Company (LESCO). “We have taken up this issue with the LESCO authorities many times. We always get the same response; the power network is overloaded and the company is trying to upgrade the aging system to deal with the swelling load.”

Another citizen, Muhammad Hanif, said there was little difference in power cuts during Ramazan even when compared to the Pakistan Peoples’ Party (PPP) regime. “The Pakistan Muslim League-Nawaz (PML-N)-led government has failed to upgrade power distribution and transmission network,” he said. He added authorities also failed to address the core issue of circular debt which has touched a level of Rs1,000 billion.

“I don’t want to debate on that whether the present government has increased power generation or not, but I know the energy sector is hardly producing 20,000 MW, which is even below the demand of some five years ago. It seems that energy managers or players in the corridors of power are trying to deceive the public or make a mockery of the system ahead of general elections,” he maintained. Hanif said a true picture would emerge once the present government ends its tenure.

No respite from power outages in Ramazan

Similar complaints over the unstable power supply were made by various other LESCO consumers. They demanded that the government direct power distribution to the fix unstable voltage issue on a priority basis.

LESCO officials say their power distribution system is running at a peak level. The company is facing maximum load due to the rise in temperature and the holy month of Ramazan. A senior LESCO official said that demand for power increases by around 3pm when most people leave their offices and go home for Iftar. He mentioned this demand for power continues till Sehri and only starts dropping after the morning.

Replying to a question, he said that the company was aware of consumers’ complaints over low voltage and frequent power tripping. Most of these complaints are coming from congested neighbourhoods where the power load had been increased manifold over the past few years. The population has multiplied in almost all urban areas. “Earlier, people only had fans at their homes, but now many run air conditioners. With economic growth, people have the resources to buy new electrical appliances, but unfortunately the power sector is not ready to match this pace for obvious reasons,” the LESCO official concluded.

City in grip of heat

The provincial capital of Punjab, like other plains of the country, remained in the grip of severe heat wave on Saturday as the mercury level hit 43 degrees centigrade. Experts have predicted that the prevailing harsh weather conditions will persist with even more intensity during the next 2-3 days. People avoided coming out unnecessarily, reducing traffic on busy roads at noon and later in the afternoon. Lahore Canal, as usual, attracted a large number of people, including women and children. Even the elderly jumped in for a dip to beat the heat in the muddy waters. The Meteorological department has forecast mainly hot and dry weather for most parts of the country, including the city, over the coming days. However, light rain-thunderstorm, with gusty winds and dust storm, is expected at a few places in Malakand, Hazara, Rawalpindi, Sargodha divisions, Islamabad, Gilgit-Baltistan and Kashmir.

Security beefed up during Ramazan