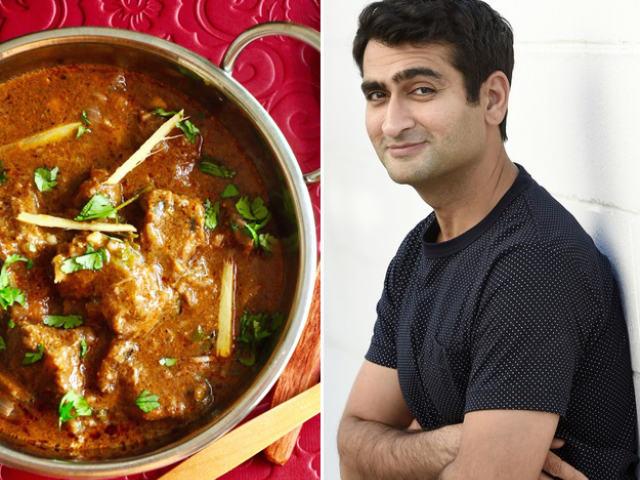 Pakistani-American actor Kumail Nanjiani, who rose to fame with his Hollywood film The Big Sick, has revealed that he would choose Pakistani food over pizza any day!

Nanjiani, who bagged his first Oscar nomination for the film based loosely on his life, made an astonishing revelation on Twitter, calling pizza over-rated. “Here we go: pizza is very slightly overrated. I mean, it’s great. But the obsession with it is a bit much,” he tweeted.

Here we go: pizza is very slightly overrated. I mean, it’s great. But the obsession with it is a bit much.

And obviously, people weren’t all too glad!

Hey @HBO you’re okay with this monster having a show?

Nanjiani then listed other things he will choose over the food, which is consumed by thousands of people every day in the US, according to The Washington Post. “Here are foods I will take over pizza any dang time,” he wrote. 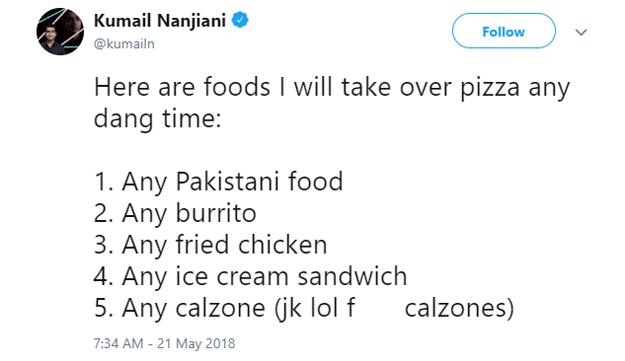 And Twitterati can’t handle it!

Look those are all good foods but they're not pizza, this is your worst take Kumail

Nihari >>>> everything. Gotta love the foods where for each ingredient instead of giving an amount the aunty just says 'andaza'

Nanjiani’s wife, Emily V Gordon, had the best response to his thoughts, so everybody can basically just go home now.