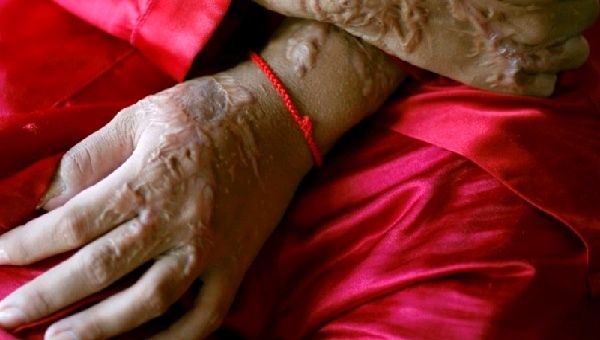 RAWALPINDI: Police on Thursday arrested two men were booked for their alleged involvement in throwing acid on a man in Pirwadhi area.

The victim’s wife, Shaheen Akhtar, told Pirwadhi police that she and her husband, Nasir Mehmood, were present at home with children when someone knocked at their door.

“When my husband opened the door, Khurram along with Mubashir threw acid and fled,” she stated before the police.

Pirwadhai SHO Mustafa Kamal Niazi said the motive seemed to be matter of honour. He said the detained suspects claimed that Mehmood had bad intentions for their sister. The accused have been arrested and a case has been registered against them.