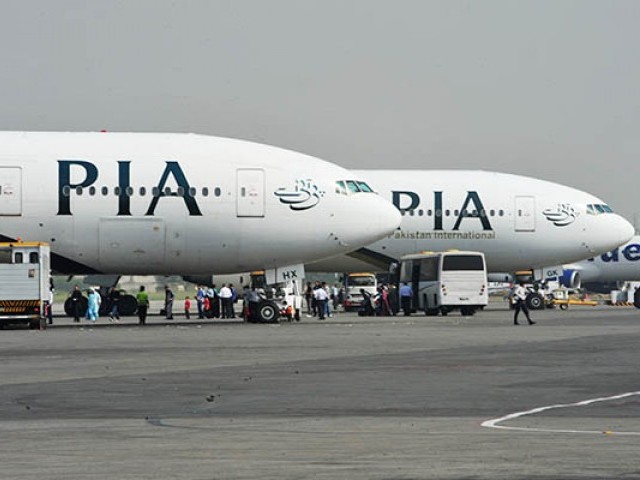 ISLAMABAD: Pakistan International Airlines (PIA) has failed to recover millions invested in Center Hotel Abu Dhabi after a long gap of 21 years as Sheikh Khalifa bin Muhammad Al Nahyan of the United Arab Emirates (UAE) is using his influence to delay the execution of court orders, according to proceedings of a recent cabinet meeting.

The cabinet was told that most of the UAE organisations had reported zero assets in the name of Sheikh Khalifa during proceedings of a relevant case in court. However, after a long battle of about 21 years, Sheikh Khalifa seemed to be ready to accept one of the two options.

The Law and Justice Division supported court settlement subject to scrutiny of the options on merit while the Finance Division was of the view that PIA should take its own decision.

Talking to The Express Tribune, a senior government official revealed that PIA now wanted to go for an out-of-court settlement with Sheikh Khalifa to recover the investment made in Center Hotel.

The cabinet was informed that PIA Corporation (PIAC) and late Sheikh Hamdan bin Mohammad Al Nahyan had entered into a partnership deed and joint venture agreement in 1977 for the construction and running of Center Hotel Abu Dhabi.

In the venture, PIAC had a 49% stake whereas Sheikh Hamdan had 51% shareholding who contributed investments of 37.86 million dirhams and 39.40 million dirhams respectively.

Later as part of a supplemental agreement reached in January 1978, the rights and obligations of Sheikh Hamdan and PIAC were assigned to Sheikh Khalifa and PIA Investment Limited.

The partnership of 17 and a half years expired in April 1997 and land and building reverted to Sheikh Hamdan. Assets and liabilities were to be distributed as per PIA’s 49% stake and Sheikh Khalifa’s 51% shareholding. However, PIA did not receive any distribution of partnership assets.

Earlier, a dispute erupted following Sheikh Khalifa’s proposal for a 30-million-dirham renovation of the hotel prior to the end of partnership. The central issue was whether the partners intended that the building should revert to Sheikh Hamdan in whatever state and condition it was at the expiry of the agreement.

Prior to 1987, operating profits were distributed without providing for depreciation and PIA received 14.9 million dirhams, but since then no profit had been shared. In 1997, reserves of the hotel stood at 30 million dirhams.

At the end of the agreement in 1997, PIA’s claims amounted to 27.74 million dirhams from the accounts of partnership and its share in 22.6 million dirhams worth of hotel account in the BCCI.

After failure of negotiations, PIA served a notice of arbitration on Sheikh Khalifa in 1997, but to no avail. As a last resort, it filed cases and won them in different courts.

UAE’s Federal Supreme Court in 2010 appointed Chief Justice Sharjah Court of Appeals as the arbitrator judge in the case who directed Sheikh Khalifa to pay PIA 23.34 million dirhams along with 6% interest.

The award was ratified by the court and became final in July 2013. The court even ordered seizure of bank accounts of Sheikh Khalifa and shares in Dubai and Abu Dhabi stock markets.

However, in June 2014, on the request of Sheikh Khalifa, the court cancelled the execution of the order.

PIA had not been allowed to file an appeal in the case. Now, the execution of the order has been initiated again at the request of PIA and Union National Bank of Abu Dhabi has sent a cheque of 18,131 dirhams in favour of PIA to the court from Sheikh Khalifa’s account.

The cabinet approved the two options for the out-of-court settlement.