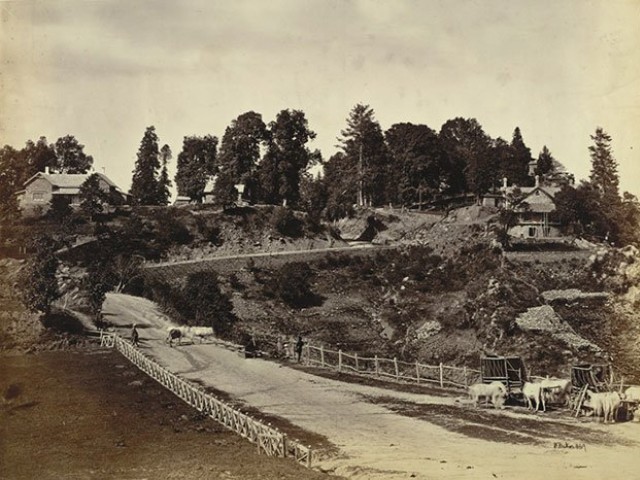 ISLAMABAD: The ongoing ‘Boycott Murree’ campaign in the home constituency of Prime Minister Shahid Khaqan Abbasi, coupled with the PM’s apparent apathy to respond to the situation, has mounted concerns of senior leaders of Pakistan Muslim League-Nawaz hailing from the hilly spot.

The development, the party circles believe, is feared to prove detrimental to PML-N’s vote bank in Murree ahead of the general elections with a little more than two weeks left till the government completes tenure on May 31.

Business activity has also seen a drastic decline in the backdrop of a general boycott of Murree by people from across the country. Recently, reports started surfacing on social media suggesting that tourist families were harassed, insulted, blackmailed and fleeced at the hands of area locals.

Some videos and photos doing rounds on different social networking sites showed tourists insulted, abused, and physically thrashed by some people who were alleged to be locals. In this backdrop, a  public call to boycott visiting Murree started circulating on Facebook and Twitter under the hashtag ‘Boycott Murree.’

As the campaign gained momentum, tourism and all its affiliated trades in Murree have seen a major setback. Some PML-N leaders whose families are running businesses in the hilly spot privately admitted that restaurants, hotels, vans, and shops have witnessed up to 70% decline in earnings. Sources said that senior PML-N leaders and notable figures from Murree have approached PM Abbasi to play his role in responding to the situation—by taking concrete steps to facilitate the tourists and allay their concerns.

However, the PM is yet to intervene which is causing resentment and outrage, it is learnt.

“He is the prime minister of Pakistan who has the responsibility of solving the problems of the entire country. Questions are being raised, what good his premiership is for when he cannot solve the problems of his own constituency?” said a PML-N leader, requesting anonymity.

“The month of May has never been so tough on Murree. In recent years, people in huge number tend to visit Murree before Ramazan and then after Eid. Ramazan is about to start but tourists are hardly to be seen. The Boycott Murree campaign is taking its toll and our leadership’s apathy is adding to the problem.”

When approached, PML-N’s President in Murree Raja Daftar Abbasi admitted that tourism faced major setback due to the campaign. He, however, denied that tourists were facing high-level of harassment which led to them boycotting Murree.

“The issue is overly exaggerated and things are not what they seem,” he told The Express Tribune. “Why would the people of Murree, whose major source of bread and butter is tourism, ever want to disrespect the tourists? Why would they want to destroy their own livelihood? I admit there have been some isolated incidents involving the tourists and locals but this happens everywhere. When thousands of tourists throng a place at a time, an incident or two may take place—but this in no way can be termed as a systematic campaign to insult tourists. People of Murree are welcoming to tourists because they know their livelihood is attached to them.”

Similarly, Daftar Abbasi said owners of certain hotel chains in the tourist spots of Khyber-Pakhtunkhwa, in close proximity to Murree, are behind the ‘defamation’ campaign against tourism of Murree in a bid to attract business.

“They are trying to divert tourism business from Murree and are using ugly tactics for this purpose,” he claimed.

The regional President also said that the party’s local leadership in Murree takes the reports of harassment of tourists ‘very seriously.’ “I have held meetings with hotels’ owners, shopkeepers, cab drivers and everybody else involved in tourism and have asked them to show utmost respect and compliance to tourists who are our most valued guests and Murree has had a traditional reputation of warmly welcoming the tourists for decades—this must not change. And if there are troublemakers on our side, they shall not go unrewarded.”

Asked about PM’s alleged apathy towards the situation, he said, “We all are working on the directions of PM. You know, a lot is happing at national level and he (PM) is very busy taking care of things. We are all working under his leadership here.”