SC bars use of Markhor logo on PIA planes

SC bars use of Markhor logo on PIA planes 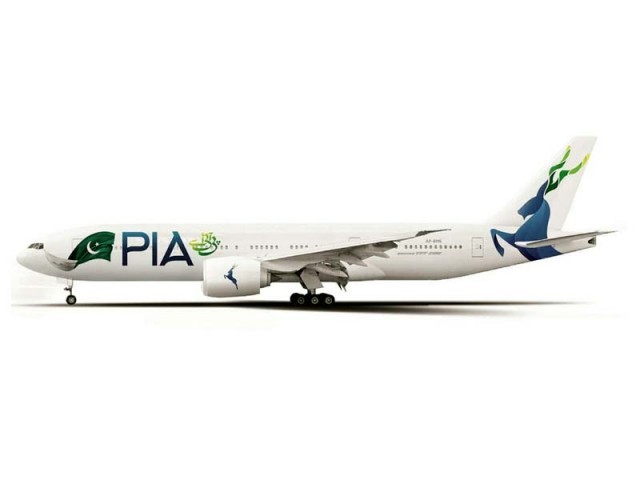 ISLAMABAD: The Supreme Court of Pakistan on Sunday temporarily barred Pakistan International Airline (PIA) from using the logo of Markhor on the tail of its planes instead of the national flag.

When Chief Justice of Pakistan (CJP) Mian Saqib Nisar inquired what was replacing the Pakistani flag on the planes’ tails, PIA Managing Director Musharraf Rasool Cyan replied that the new logo will be of the country’s national animal—Markhor.

The court took up the case on an application filed in the SC Human Rights Cell on Sunday which is unusual at Islamabad registry in response to which Nisar ordered to halt the makeover of PIA aircraft until a report is submitted on the matter.

He also ordered MD Cyan to present a report regarding the award of contract for pasting stickers of the Markhor on the planes. In response to CJ’s question pertaining to cost of the said endeavor, MD PIA stated that it would cost Rs2.7 million per plane to change the logo.

However, Justice Nisar observed that the cost for each plane would be Rs3.4 million and sought a report detailing tender and contractor information. During court proceedings, the chief justice also asked Cyan what his niece was doing in the national carrier. However, the PIA MD denied having any family member working in PIA.

Jusitce Nisar also took the PIA MD to task about the delay in his flight from Karachi to Islamabad on Saturday. “Do you know what time I reached Islamabad yesterday? Why was my flight one-and-a-half hour late?” the CJ asked. He was told that the flight was delayed due to a technical fault.

CJP orders Airblue to pay compensation to victims of 2010 crash

As part of its cosmetic makeover, PIA introduced a new livery with its logo and design to include painting of the Markhor, the national animal which inhabits the mountainous regions. The Markhor was to be visible on the aircraft tail, while the cockpits integrated Pakistan’s flag, accompanied by PIA – written in both English and Urdu.

In another case regarding encroachments in Bani Gala, the Chief Justice asked Federal Minster for Capital Administration and Development Tariq Fazal Chaudhary about the impression that SC gave concessions to Pakistan Tehreek-e-Insaf’s chief Imran Khan for illegal construction in the area.

“Clarify it otherwise we will take action,” CJP told Chaudhary who replied that it was the ministry that gave concessions not the court and it was for 1 million people and not for Khan alone.  The CJ asked him to repeat the statement loudly.

“Imran is not our blue-eyed boy’, said the CJP referring to a comment by the Federal Minister for Information Marriyum Aurangzaib and asked Fazal why are they out to defame the courts.

“We do not have any soft-corner for builders of such illegal construction,” Nisar observed as the case was adjourned for two weeks.