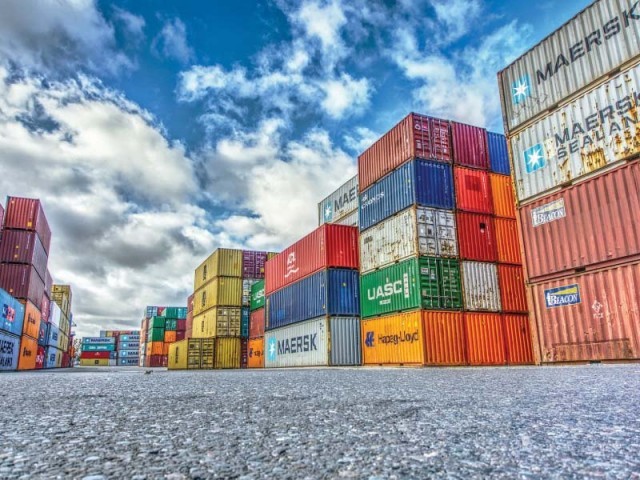 At times, Chinese exporters do overstate their goods to get higher rebates that Chinese government gives to promote the exports. PHOTO: FILE

KARACHI: Finance Minister Miftah Ismail said massive under-invoicing exists in the amount of goods imported from China and the UAE, a statement that puts question marks not just over Pakistan’s trade deficit figure but also mechanisms put in place to analyse the data.

The country’s trade deficit – gap between exports and imports – stood at $29.8 billion in the 10 months of the current fiscal year, raising concerns as the gap has already surpassed full-year’s revised estimates.

With the gap widening, Ismail’s comments put a question mark on the veracity of the data, which is used to make strategic decisions on the rupee as well as managing foreign exchange reserves.

The finance minister passed the remarks during his visit to the headquarters of Federation of Pakistan Chambers of Commerce and Industry (FPCCI). Members of the FPCCI discussed under-invoicing as well as the refunds issue with the finance minister, appointed a little over two weeks ago.

The FPCCI also asked Ismail to refrain from changing the previous tax regime of commercial imports from the final 6% to a minimum 6%.

In the budget, it has been proposed that the previous full and final tax of 6% on commercial imports be changed to a minimum 6% instead, which means the tax liability may increase after the assessment of imported material and income.

The business community showed apprehension on the change in regime and said that it will open gates for corruption.

Ismail said it was important to curb under-invoicing.

Pakistan is already pursuing a plan to digitally exchange trade data to capture the real value of imports from China, although the second deadline to make the system operational has been missed.

Pakistani authorities believe that by delaying the operationalisation of the Electronic Data Exchange, Beijing is retaliating against Islamabad’s decision to postpone the signing of the free trade agreement.

The delay undermines the customs authorities’ plan to stop understatement of the value of imported goods. Customs authorities think that imports from China are undervalued by at least $4 billion, which is adversely affecting its revenues.

Pakistani record shows that the imports from China are around $10 billion a year but Chinese publications put the figure at $14 billion a year. At times, Chinese exporters do overstate their goods to get higher rebates that Chinese government gives to promote the exports.

“We have asked for the documents to see what is happening but they are reluctant to share data. The same goes with the UAE, where the difference is around $2-2.5 billion.”

Separately, FPCCI members, including president Ghazanfar Bilour, requested the finance minister to release at least some of the payments related to the export incentive package, which is said to have reached around Rs380 billion.

Miftah said that he has requested the prime minister to release the funds, adding that he is now seeking input from stakeholders before the budget is finalised early next week.