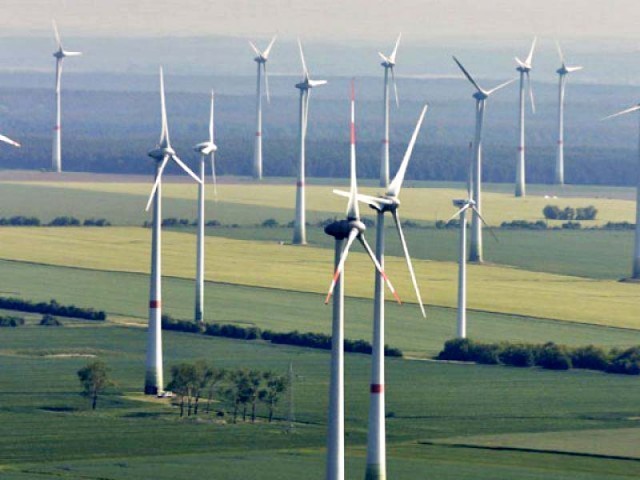 Siddiqui expressed hope that the organisers would continue this practice of finding an amicable solution to the ever-increasing energy demand. PHOTO: FILE

ISLAMABAD: Speakers and energy experts underlined the need for exploiting indigenous energy resources including coal, hydel and renewable energy for socio-economic development of the country.

Addressing the 10th Power Generation Conference with the theme ‘the next emerging challenge, sustainability and growth in power generation’ they said that energy was a vital instrument for socio-economic development of the country.

Speaking on the occasion, Planning and Development Commission Secretary Shoaib Ahmed Siddiqui said that energy demand has always increased with rising population of the country.

He said many investors were coming to invest in the energy sector of Pakistan. He urged the business community to come forward and join hands to provide affordable and clean energy to the consumers.

Terming the conference encouraging, Siddiqui expressed hope that the organisers would continue this practice of finding an amicable solution to the ever-increasing energy demand.

He also stressed the need for a water-integrated plan to construct small hydro projects, which could easily be exploited.

Sindh Engro Coal Mining Company (SECMC) Chief Marketing Officer Tariq Lakhair said that Thar Block II alone could generate 5,000MW electricity for the next 50 years. He said that 80% work on the Thar coal power plant had already been completed and its first unit would start generation by December 2018.

Also addressing the gathering, Private Power Infrastructure Board (PPIB) Managing Director Shah Jehan Mirza said that efforts were being made to provide clean, affordable and sustainable energy to the consumers. On the generation side, over 10,000MW power had already been added to the national grid system during the last five years, he added.

Speaking in the conference, Acting German Ambassador to Pakistan Dr Jens Jokisch said Germany and Pakistan had massive potential to collaborate with each other in the renewable energy sector, adding this collaboration would go a long way in resolving the energy crisis of the latter on a sustainable basis.

He said an amount of $2-3 billion could be saved annually by converting furnace power plants on RLNG.