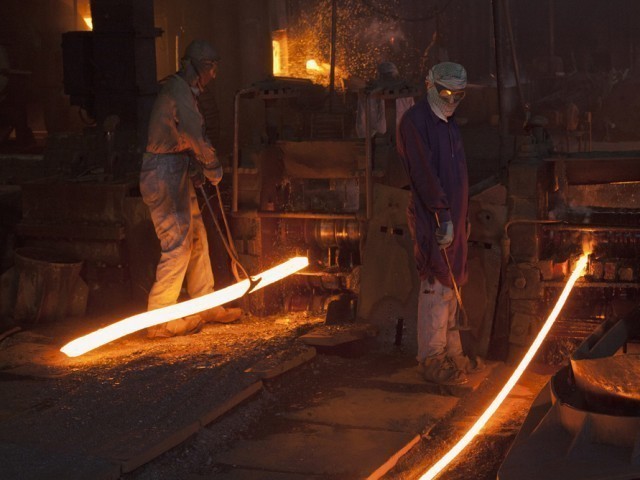 ISLAMABAD: The government is reluctant to hand relevant documents against officials of the Sui Southern Gas Company, Pakistan Steel Mills and other institutions who are allegedly involved in corruption over to the National Accountability Bureau (NAB).

The government’s reluctance stems from the treatment meted out to former head of the Lahore Development Authority Ahad Khan Cheema by the top anti-corruption body.

Cheema was arrested from his Gulberg office in Lahore after he failed to comply with the NAB’s summons. The arrest of a high-ranking administrative officer had drawn sharp protest from certain quarters in the Punjab bureaucracy.

NAB had approached the Cabinet Division to provide proceedings of the federal cabinet, the Economic Coordination Committee (ECC) and cabinet bodies in order to proceed with the cases of several officials of public sector enterprises (PSEs) – including SSGC and PSM. However, the division did not share the record.

Because of fear of being persecuted by NAB, bureaucrats have almost stopped taking government business. To stop the state machinery from being completely paralysed, the government has started an intra-departmental discussion over whether the record asked for by NAB should be handed over to it or not.

A senior government official told The Express Tribune that the matter was taken up in a meeting of the cabinet held last month.

During the meeting, the participants were informed that NAB had approached the Cabinet Division with the request to seek documents pertaining to the cabinet and the Economic Coordination Committee in connection with an inquiry.

It was further stated that after the discussing the matter, each secretary was to take decision whether to treat the matter as secret or not.

The cabinet was informed that instructions issued by the Cabinet Division in respect of security of classified matter in government departments 2003 vide Clause 5.1(a) states “no one is entitled to have access to classified matter only by virtue of his status or office. Dissemination of classified information should be strictly on a need-to-know basis, and to authorised persons”.

The cabinet was further informed that in this context, a summary was submitted to the prime minister, seeking his approval to provide the record of proceedings of the cabinet and cabinet committees to NAB.

Guidance was also sought whether such future cases may be submitted to the prime minister on a case-to-case basis for his approval or the cabinet secretary may dispose of them at his own level. However, the prime minister had desired that the matter may be placed before the cabinet for further deliberations.

It was pointed out that cabinet and its bodies’ meetings were held in-camera and, therefore, its record and proceedings should not be shared; otherwise, no meaningful discussion could be held and essence of collective wisdom could be damaged.

It was also observed that due to fear of NAB, bureaucrats were reluctant to perform their duties, especially in Punjab.

The cabinet considered the summary relating to the provision of record to NAB against the officials of the Pakistan Steel Mills, Sui Southern Gas Company (SSGC) and others, and constituted a committee for an in-depth analysis, in legal perspective of the issue.