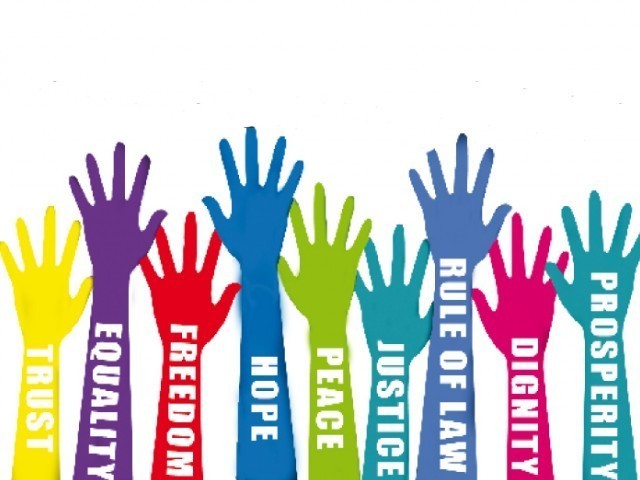 ISLAMABAD: The National Commission for Human Rights (NCHR) will publish a whitepaper outlining a comprehensive plan to protect the rights and will submit it to the Senate and Parliament.

It was announced here on Thursday at the concluding session of a two-day National Convention related to the June 19 Judgment (SMC 1/2014) of the Supreme Court.

While speaking at the event, NCHR Chairman Justice (retd) Ali Nawaz Chowhan constituted a committee comprising intellectuals and activists from across the country for formulating a whitepaper.

He also stressed on Article 20 of the Constitution of Islamic Republic of Pakistan, which gives freedom to profess religion and to manage religious institutions.

The participants expressed grave concern over an increase in target killings of minorities including Christians and ethnic Hazaras in recent months. They were of the view that most of such killings took place in the restive Baluchistan province. At least six members of the Hazara community were gunned down in different incidents in Quetta in April.

The renewed violence prompted the Hazaras to stage a protest and go on a hunger strike. They called off their protest after Army Chief General Qamar Javed Bajwa visited them and assured that the authorities would take prompt action against those behind the recent killings.

Balochistan Public Service Commission Chairman Justice (retd) Kailash Naath Kohli suggested that extremism be removed and that the subject of ethics is introduced for minorities instead of Islamic studies. JUI-F MNA Asiya Nasir said that no nation can progress unless it provides equal opportunities to all its citizens, irrespective of their religion and beliefs.

Pakistan Tehreek-e-Insaf Punjab Assembly Member Shunila Ruth said, “We should realise that as higher government officials and assembly members, we are not only representing ourselves but also our communities…if there is good representation, there will be a positive change for all.”

K-P Public Service Commission Chairman Fareedullah Khan said, “The reservation of quota is a very general provision. Keeping a quota will not resolve problems. There are many cases where the required number of seats advertised is not completely filled.”

Dalit Sujag Tehreek Radha Bheel highlighted the injustices being done to the scheduled castes as they have been excluded by mainstream discussion. She added that their issues of land rights must be resolved.

Pattan National Coordinator Sarwar Bari said, “The judgment alone is not enough, the subsequent law will determine how it will actually be implemented…coalitions need to be made with majority communities, to deal with the state’s modus apprehended and advocate for the implementation of such legislation.”