Our Pandora’s box of extremism

Our Pandora’s box of extremism

If the countr­y wants to find a common ground agains­t extrem­ism, it will have to start with baby steps
By Farrukh Khan Pitafi
Published: May 10, 2018
Tweet Email 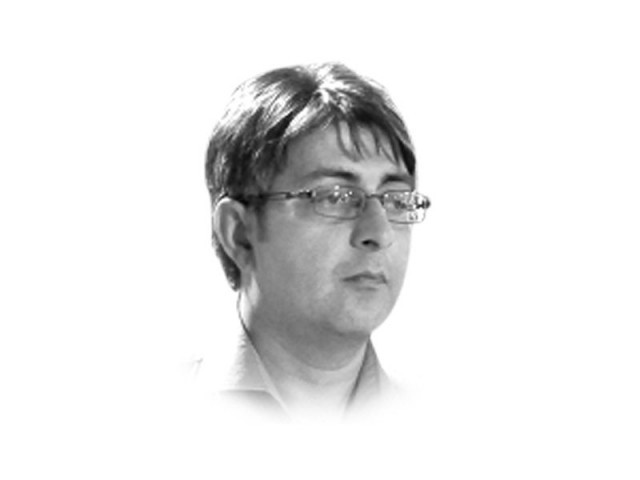 Let’s face it. The attack on Interior Minister Ahsan Iqbal didn’t come as a shock to the system. It was only a confirmation of our worst fears about the failure to come up with a comprehensive and collective counter-extremism narrative. This failure of imagination needs to be addressed on a war footing.

Extremism in Pakistan is hydra-headed, mutating, omnipresent, deeply entrenched and hidden in plain view. While fighting terrorism for the past 16 years it was convenient to identify the violent extremists as the only existential threat. As a result, the ideology that served as the software for the regimentation of minds leading to acts of violence could not come into sharp focus. If you did not pick a weapon to fight the Pakistani state, you were not considered an active threat to society. But that needs to change.

Before we delve deep into the phenomenology of extremism let us do away with two major fallacies. One, as is fashionable these days, those who criticise extremism attack fanatics and ultra-liberals with the same ferocity. While fanaticism and extremism seek to provoke people to commit violent crimes, ultra-liberals only use peaceful means to convince people. In a country of around 97 per cent Muslim population peanut sized ultra-liberal class poses no serious threat. So, this false equivalence only feeds into the sense of paranoia that is the breeding ground for the fanatics and extremists. Frankly there is no threat to Islam or our customs in this country.

The second fallacy is about extremism emanating from faith. It is true that in Asia people have a tendency of politicising and often weaponising religion, but that doesn’t mean that the religion in question condones such behaviour. For instance, in the case of Rohingya persecution, believers in one of the most pacifist faith known to man, Buddhism, carried out a systematic genocide against a defenceless minority. This kind of extremism has less to do with religion and more to do with the siege mentality, bad attitudes and cultural abnormalities.

Now to the sociology of extremism. Haroon K Ullah’s book Digital World War explains this subject brilliantly. It lays a conceptual framework to study and understand the message and the methods of the radical groups and exposes multiple layers of their messaging strategy. Replete with Pakistani anecdotes and examples from other Muslim countries, the book shows how beneath the rough surface of fanatical platitudes such groups employ, use common mundane promises to appeal to their audience.

“Muslim nations have a long history of imperialism, colonialism, regionalism, feudalism and factionalism, which makes them more likely to foster religio-political power dynamics. The power and resources that have historically been attached to religious leaders have long stood in tension with secular, feudal, political power, now expressed by proxy through democratic electoral politics. Islamic political parties combine both types of power, but with specific limits. Those who strongly favour religious identity are restricted in their access to electoral means, and vice versa,” observes Dr Ullah.

But instead of heeding sane counsel of people like Dr Ullah, who also lays out ways to fight this mentality, we have been taking the wrong advice. Presumptions after presumptions have ruined our quest for a coherent narrative against extremism. While combating the militant offshoots of Salafism, suddenly we concluded that promoting Sufi Islam might be the solution. And then came Vali Nasr with his Shia Revival and changing international dynamics further increased pressure on our social fabric. The result has not been kind to Pakistan. And the fact that all religious political groups did come together in the shape of Muttahida Majlis-e-Amal has fostered a sense of minimalist camaraderie among them. When combined with the misperception that Islam is somehow under threat or under siege this camaraderie threatens to turn toxic. So, in choosing to strengthen this or that group the adhoc national policy has constantly been empowering the very same lot.

Then there is the issue of what sociologist Arlie Russell Hochschild calls the empathy wall in her book Strangers in Their Own Land. “An empathy wall is an obstacle to deep understanding of another person, one that can make us feel indifferent or even hostile to those who hold different beliefs or whose childhood is rooted in different circumstances,” she writes. An empathy wall exists between the class of clerics and the rest of society in Pakistan. Owing to the mismanagement of the national narrative immediately after 9/11 by a government without the usual trappings of democracy, the state lost the clerics to the dark side. These clerics somehow misconstrued Pakistan’s cooperation with the world powers in Afghanistan, as joining the enemies of Islam in their crusade against the religion. The presence of democratic institutions like a parliament and a little bit of patience would have easily dispelled this notion. But alas, that was not to be. And as a result, the religious class has not come to terms with the foreign policy decisions of the state and remains deeply suspicious.

The problem is further exacerbated when you look at the roots of anti-Western sentiment. While Western military adventurism in Muslim countries doesn’t win it any laurels, the roots of hostility run deeper. In Islam ijtihad or religious interpretation was a great source of renewal. Iqbal in his The Reconstruction of Religious Thought in Islam has written extensively about it. However, about a thousand years ago the Muslim world stopped this constant process of renewal. And since then clerics have been at odds with the process of modernisation. Consider this: The mathematics taught in Dars-e-Nizami, the curriculum of religious seminaries is centuries old. This can only change if Muslim states stop paying lip service to the matter and start investing in Islamic research.

But if the country wants to find a common ground against extremism, it will have to start with baby steps. Simple arguments can often have a great effect. For instance, remember how after 15 years of failure to obtain a unanimous edict against suicide bombings someone came up with the argument that when suicide was absolutely haram (prohibited) in Islam how could suicide bombing be justified and immediately obtained the desired results? All you need is a good understanding of your faith and a cleric’s thought process. How difficult it is to convince them that hate for the sake of hate is not condoned in Islam. How difficult it is to convince people not to take law into their own hands because it undermines the very same law they seek to protect? How difficult it is to convince someone to master his/her impulse of acting first and observing later? That is a start. Then you can work your way up.

Everything I was told about Pakistan was wrong