Nawaz advised to look for aliens in Panama

Nawaz advised to look for aliens in Panama 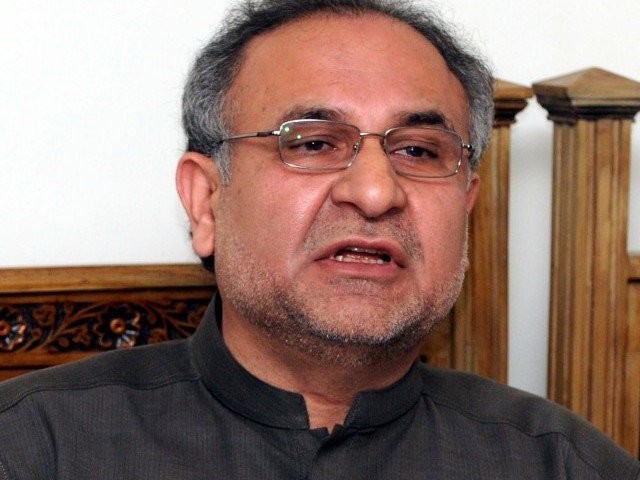 In a statement issued on Monday, Durrani urged the ousted premier to check for the aliens in the very islands where his family was linked to having accounts, and that these aliens there hold and protect billions in black money and launched an attack on the ‘House of Sharif’.

Commenting on the Nawaz’s demand to annul the verdict of the apex court which disqualified him for life from contesting in elections through the vote, Durrani said that the disqualification can neither be changed by the parliament, nor by the United Nations General Assembly.

“He [Nawaz] must know that a First Information report (FIR) has been registered against the ‘House of Sharif’ for possessing assets disproportionate to his declared sources of income, corruption charges and money laundering,” Durrani said. Apart from the supreme court verdict, the former federal minister said that Nawaz is held accountable under the United Nation’s Convention against Corruption (UNCAC) 2003, to which Pakistan is a signatory.

Durrani said that Nawaz will soon face cases in other countries as well, particularly in the United Kingdom and the United States for maintaining illegal assets and money laundering.

Referring to the recently passed Orders Wealth Unexplained law 2018, in the UK which allows the government to investigate properties purchased through ill-gotten money, Durrani said it could end up belling Nawaz.

“UK government does not need any formal, legal proceedings from Pakistan to probe the properties which were purchased through graft money,” the former minister said while referring to the London properties linked to the Sharif family.

He said that the nexus between the looted money and the government, which has continued for the past 35 years in the country, should now be broken if we really intend to bring a democratic change.

Plans in progress to put me behind bars, claims Nawaz Sharif

Durrani said that history reveals that the right to rule was only given to the looters accompanied by honchos of the sugar mafia and land mafia, who are still seen sitting besides such leaders.

“The Pakistani nation is sick and tired of this `mafia’s consortium’ which is now heading toward its logical fate as the despondency against this powerful and wealthy mafia is at the height and people are no longer ready to accept them as rulers,” Durrani said.

He stated that the time has come for the state to take a firm and bold decision against corrupt mafias.

“If we truly wish to change the sorry state of affairs in Pakistan, it requires a clear bar on all those elements to participate in the political process who possess resources and assets beyond their legal means,” Durrani stated.