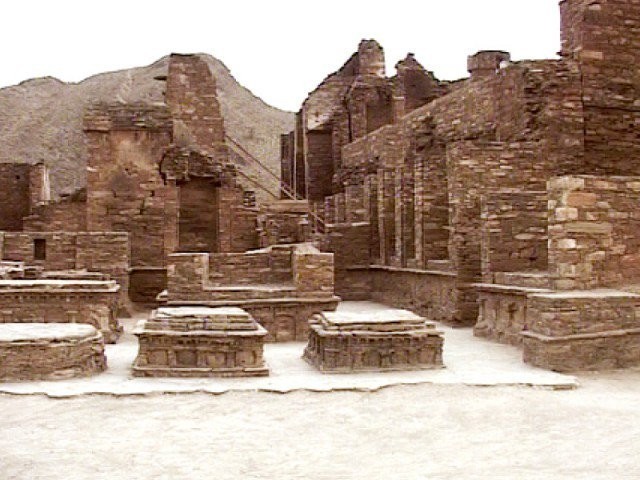 PESHAWAR: The government has started excavation and preservation work on the 2,000-year-old Buddhist ruins in the historic Takht-e-Bahi site and have recovered coins dating from the first century, officials of the directorate said on Friday.

Addressing a news briefing on Friday, the Khyber-Pakhtunkhwa Directorate of Archaeology and Museums Research Officer Nawazuddin said that the department has so far completed 20-25 per cent of work on Zone-B of the site.

Evolving a culture of peace — II

Nawaz added that perseveration and excavation work is being carried out in association with Humanitarian Assistance and Facilitating Organisation (HAFO) at Takht-e-Bahi, an ancient Buddhist site which was included in UNESCO’s list of world heritage sites in 1980.

He said that the project had commenced on July 1, 2017, and is expected to conclude by the end of this calendar year.

Nawaz further said that the project has different components such as conservation, excavation and awareness amongst the public.

It will also train archaeology students in modern archaeological techniques.

He added that the coins discovered from the area were from the period of Parthian king Gondophares in the first century AD.

Kailashis being forced to abandon culture

The official added that Buddhist civilisation was at one point centred in areas around Takht-e-Bahi, comprising the Gandhara civilization from where it spread to other parts of the world. He added that Takht-e-Bahi was a doorway to an ancient world and is very important for research purposes.