Pakistan moves to tax US tech giants including Google, Facebook

Pakistan moves to tax US tech giants including Google, Facebook 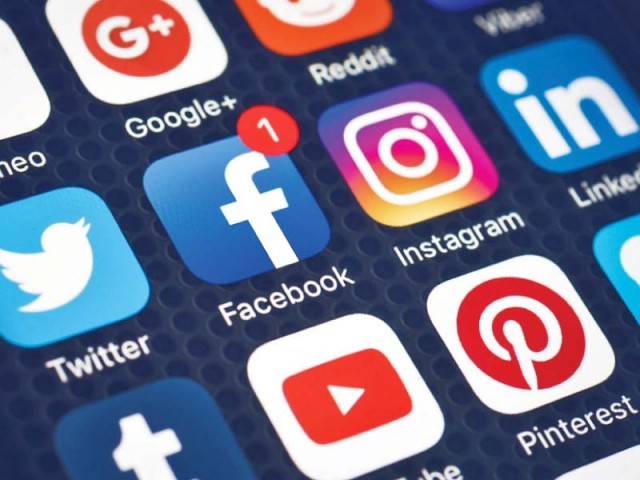 The government wants to tax the digital advertising space along with hosting and maintenance of websites to tax the revenues of tech companies like Google and Yahoo, said Dr Mohammad Iqbal, Member Inland Revenue Policy of the FBR. PHOTO: FILE

ISLAMABAD: Pakistan has proposed 5% tax on digital revenues, hitting US tech giants like Google, Amazon and Facebook, while also moving to bring offshore-controlled companies in its tax ambit in an apparent attempt to tax Chinese earnings from the country.

The tax measures have been laid before parliament as part of the Budget 2018-19, which is currently being discussed by the Senate Standing Committee on Finance. While the standing committee rejected all such tax proposals, it will not deter the government from taxing the income of tech giants and other offshore-controlled entities.

The government wants to tax the digital advertising space along with hosting and maintenance of websites to tax the revenues of tech companies like Google and Yahoo, said Dr Mohammad Iqbal, Member Inland Revenue Policy of the FBR in a briefing to the standing committee.

If the proposal is passed by the National Assembly, technology companies will have to pay 5% tax on money earned from user data or digital advertising in Pakistan, regardless of their bricks-and-mortar presence. The move also captures companies doing business in user data and online market places, such as Airbnb and Uber.

The new tax proposal is a departure from the current system under which companies are taxed on profits where they are headquartered, often in countries offering lower tax rates.

“If the FBR starts taxing the big data, this could undermine Pakistan’s ability to get benefit from the digital revolution,” said Dr Musaddiq Malik, member of the standing committee and spokesman of the prime minister.

The PM’s spokesman also came down hard on the FBR and said that Pakistan was not a tax-liberal country and its tax laws were draconian.

The standing committee rejected the FBR’s budget proposal to tax tech giants but it will not have material effect on the tax body’s plans. In case of the Finance Bill, the Senate cannot vote.

The PM’s spokesman was also bitter about those tax proposals that are aimed at taxing the income of foreign nationals or those Pakistani nationals who have offshore assets.

“It seems that the FBR has made the budget on the assumption that it can no more tax people in Pakistan and has decided to go after offshore jurisdictions,” said Dr Malik.

Dr Malik went to the extent of describing the Finance Bill as “anti-investment and anti-capital formulation”. He vehemently opposed the FBR’s proposal to tax the undistributed profits of companies, which he said was discouraging capital formulation.

According to another proposed measure, the FBR will have a right to declare a business transaction by a foreign entity fictitious, if it deems fit that the transaction does not have economic value and is only aimed at avoiding taxes, said Dr Mohammad Iqbal.

He said that the amendment has been proposed after a foreign entity sold its Rs10-billion company at Rs85 billion to another entity to avoid Rs20 billion in taxes.

According to the proposal, the FBR will have right to even tax the transactions carried out by those companies who are covered under the avoidance of double taxation treaties. The FBR has proposed another amendment that will allow it to tax the offshore-controlled company.

Dr Iqbal argued that companies doing business in Pakistan have foreign ownerships just to avoid taxes. He said that under the new clause, the FBR will even tax the passive income of such companies.

“The budgetary proposals suggest that the FBR has concerns regarding foreign friends that are investing in Pakistan,” said Senator Mohsin Aziz in a veiled reference to China.

The investment under the China-Pakistan Economic Corridor is exempted from all types of income tax, sales tax, customs duty and regulatory duty.

Pakistan has to tax those who are earning billons of rupees from our country at the name of bringing foreign direct investment, said Dr Mohammad Iqbal. He said that the money being repatriated from Pakistan is higher than the quantum of foreign investment.

Gas and power sector firms may be transferred to provinces