Warns failur­e of deal will force govern­ment to give bailou­t packag­es to power utilit­y
By Zafar Bhutta
Published: May 4, 2018
Tweet Email 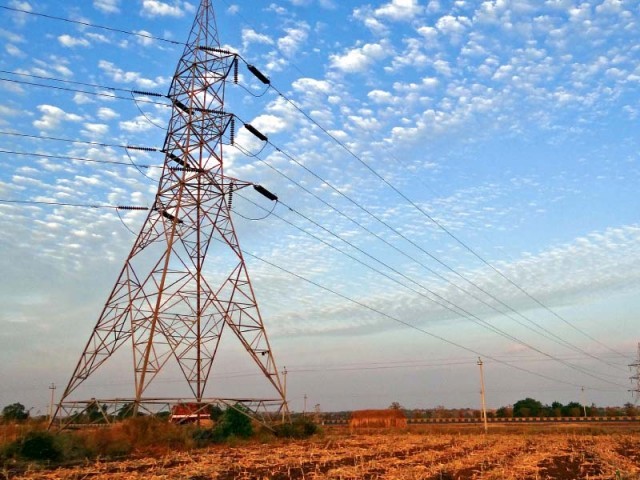 ISLAMABAD: Prime Minister Shahid Khaqan Abbasi has put his weight behind the sale of majority shareholding in K-Electric to Shanghai Electric Power of China with a warning that the power utility will be in dire straits if the deal falls through.

In this case, he voiced fear, the government would have to come up with bailout packages for the power producer.

The premier also wants the power-sector regulator to take early decision on a review petition filed by the Power Division for revising upwards the K-Electric’s tariff.

Talking to The Express Tribune, a government official revealed that during a meeting of the Cabinet Committee on Energy on April 23, the prime minister emphasised that Pakistan had got a rare opportunity as one of the largest and biggest utilities was interested in buying a controlling stake in K-Electric.

“No investor will venture to make such an investment unless there are reasonable prospects of good returns,” Abbasi remarked, adding in case the deal was not pushed ahead, there was an imminent possibility that K-Electric would plunge into a deep crisis. In such a scenario, he said, the government would be left with no other alternative but to offer bailout packages to K-Electric in a bid to ensure continuous electricity supply to Karachi citizens.

In April, the federal cabinet had ratified the Cabinet Committee on Privatisation’s decision for the issuance of national security certificate for the sale of KES Power’s 66.4% stake in K-Electric to Shanghai Electric Power for $1.77 billion.

“There was an urgent need for Nepra (National Electric Power Regulatory Authority) to take early decision on the tariff review request filed by the Power Division,” Abbasi said in the energy committee meeting. The regulator had increased K-Electric’s base tariff by only Rs0.70 per unit under a multi-year tariff programme compared to the upward revision of around Rs3 sought by the power utility.

K-Electric expressed its reservations after Nepra revised the base tariff to Rs12.77 per unit from Rs12.07 effective July 2016, which would remain in place till 2023.

K-Electric had asked Nepra to jack up the tariff to Rs15.57 per unit for sustainability of its operation, but the request was turned down.

After the lower-than-expected tariff increase, the Power Division asked the regulator to reconsider the revision in national interest.

In a public hearing held in December last year, leading banks told the regulator that the tariff determined for K-Electric would undermine the company’s ability to raise financing for ongoing and future projects.

Representatives of banks such as Habib Bank and United Bank suggested that K-Electric should be offered tariff for a longer period, which would provide the company with an opportunity to raise financing for long-term replacement and expansion plans.

In that case, lenders would also be more comfortable in dealing with the power utility, they said.