Police say they were doing their job until compla­int was withdr­awn.
By Jalal Bhatti
Published: May 17, 2011
Tweet Email 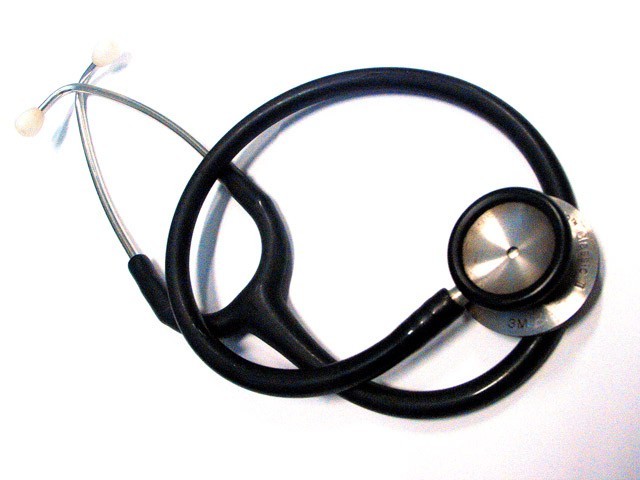 Doctors at the hospital, pronounced that the man was dead after eight days of him being on a respirator.

An argument broke out between the police and army officials at the funeral of a major who had allegedly died at the hands of negligent medical staff.

According to the police, they received reports of a medical negligence case on May 9th after a family called in to say that a man was killed after the anaesthetist allegedly mishandled his dosage. According to police officials, Major Attaur Rehman was brought into the Bahawal Victoria Hospital’s hospital on May 8, suffering from a bullet wound to his shoulder.

“We have been conducting an investigation. The family initially told us that he had been taken into surgery and died within ten minutes of the operation because he was being given nitro oxide without any oxygen,” said Cantt Police DSP Azizullah Khan.

Doctors at the hospital, pronounced that the man was dead after eight days of him being on a respirator. “They told us he had slipped into a coma but we knew something was wrong. When he died, a nurse came and told us that he had had been brain dead ten minutes into the operation but the hospital staff was stalling,” said Rehman’s brother Malik Asadur Rehman.

Major Attaur Rehman was in-charge of the Bahawal region in a company that builds private schools. A schoolteacher Saima used to visit him at the site and her uncle Mehmood disapproved of the relationship. On May 8, Mehmood shot Rehman after his niece had visited him at a school site. Rehman was brought into the hospital with a bullet wound to the shoulder. On May 9, Prof Dr Shujaat along with an anaesthesia team operated on him. During the operation a doctor came and informed Rehman’s family that he had slipped into a coma during the operation. “A nurse later told us that he had been administered nitrogen gas instead of oxygen and that the doctors were unwilling to admit he was brain dead,” said his brother Asad.

Doctors at the hospital put Rehman on a ventilator in the ICU ward and told his family that he was still in a coma. On May 15, the doctors pronounced him dead and his family submitted a written statement to the police that they did not want a post mortem to be conducted. “They had called us and filed a case when the nurse talked to them but after he died they withdrew the case saying they did not want an autopsy to respect their mother’s wishes,” said Azizullah Khan.

Police officials said that they went to Rehman’s funeral to ask the family to hand over the body for an autopsy but they refused. “There was a brawl between police officials and army officials at the funeral. The family eventually pleaded with police to drop the matter because they didn’t want an autopsy,” said a relative Salman Qureshi.

Later Major Attaur Rehman’s brother Asadur Rehman and sister submitted a written statement to the police that they did not want to conduct a post mortem and would respect their mother’s wishes. “We belong to a conservative family and we feel that an autopsy goes against our faith,” Asad said.

Bahawal Cantt police registered a case and allowed the burial of the body Saima’s uncle Mehmood is on pre-arrest bail after he shot the victim. Bahawal Victoria Hospital staff refused to comment on the issue but police officials said that the ICU department head and anaesthetist Prof Dr Afzal had escaped.

DPO Babar Bakht Qureshi said “We cannot pursue the matter without the families consent. They have withdrawn their case.”