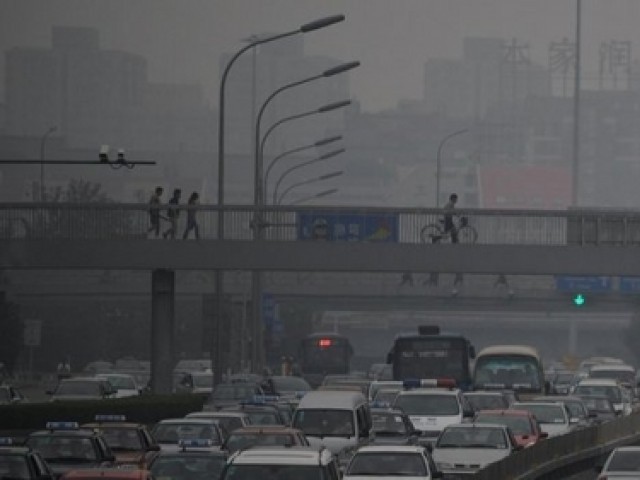 The team behind the launch of a website monitoring air pollution levels in the city say they are looking to install panels that will detect the concentration of black carbon in the atmosphere.

The Volunteer Internet-based Environment Watch (VIEW) website was officially launched at a ceremony at the Lahore University of Management Sciences on Monday. The website carries automatically updated data from solar-powered sensors at seven locations in Lahore that measure the levels of carbon monoxide and ozone in the air. It was set up with funds donated by the Environmental Protection Department.

Dr Jahangir Ikram, a professor at the mechanical engineering department who heads a team of four Lums students and one UET Taxila student that set up the website, told The Express Tribune that they would submit a proposal to the EPD in June seeking funds to import the equipment needed to develop sensors that will measure levels of carbon dust and other fine particulate matter in the air.

Dr Ikram said that when the team was setting up the sensors, they learnt from the Space and Upper Atmosphere Research Commission (SUPARCO) that the concentration of carbon in the atmosphere in Lahore at some places was as high as 200 parts per million, well above the World Health Organisation’s maximum acceptable level of 40 ppm.

“Black carbon is one of the most hazardous pollutants,” said Dr Ikram. “The particles are so tiny they pass into the lungs and can cause various types of cancer.”

Unfit motor vehicle engines are the main source of carbon pollution in the atmosphere.

Aamer Tahir, a Lums student who worked on the project, said that they would soon import sensors from Switzerland that would enable them to also accurately measure the levels of sulphur and nitrogen oxides more accurately.

They admitted that there were certain glitches on the website, adding that they would be addressed as soon as possible.

The EPD in September 2008 provided Lums with Rs3.6 million for the project. EPD secretary Sajjad Saleem Hotiana said the department had provided a total of Rs175 million to Lums and eight other universities for projects involving alternative energy. He also gave suggestions to the software team on how to make the website more user-friendly.