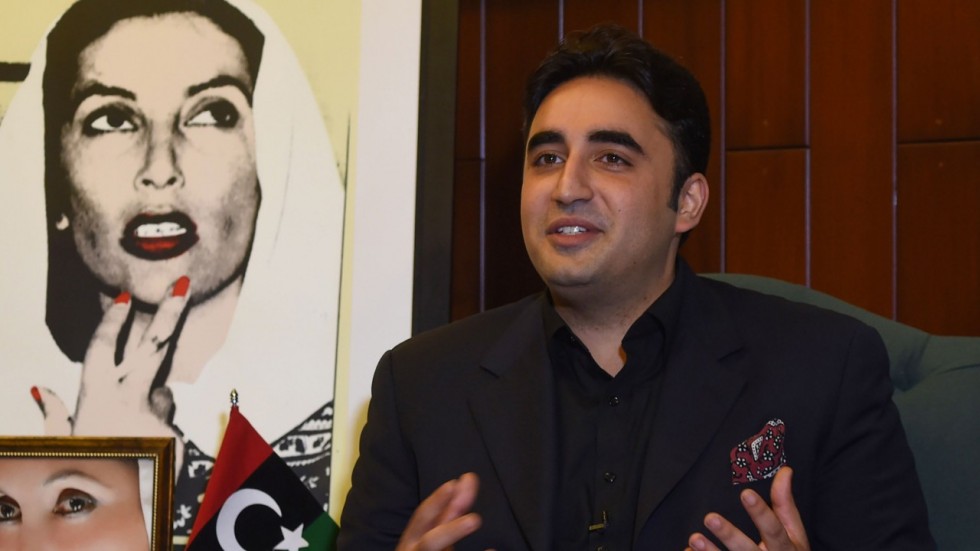 He said that we are collecting funds in this regard at a provincial level, however, the federal government is still resisting it illegally. PHOTO: AFP

Addressing a press conference on Labour Day, Bilawal said his party would protect and defend all public departments from loot and plunder. “They want to privatise PIA, Steel Mill and other public entities, but we will not let them to do it,” he said, adding that thousands of workers would be laid off if the government privatised the state-owned airline and steel mill.

“The Nawaz League always exploit [them], but we give more incentives to labour,” he said and added that the PPP’s last government had also given 12 per cent share to workers in different industrial units in the country but the incumbent government shelved this decision.

“The Sindh government is the only provincial government in Pakistan which has launched the Labour Policy in the country, made labour laws and gave incentives to the labour class,” he said, adding that it was PPP founder Zulfikar Ali Bhutto who was the champion for the rights of workers and poor in the country.

“He brought land reforms and distributed the land among landless famers. Only 22 families had hegemony in Pakistan when the PPP first came to power. My grandfather nationalised the private companies and laid foundation of trade union. My mother also continued his father’s legacy in promoting the labour rights,” he said.

Bilawal added that it was the PPP government which initiated the Benazir Income Support Programme (BISP) to help the poor and distributed land among landless women too.

He was of the view that there should be labour and peasant representation in parliament and there is a dire need to bring reforms in social security programme in the country. He criticised the federal government over ignoring labour rights in the budget.

“There is no any significant thing for labour and peasants in federal budget that is why we call it anti- people budget… we will increase 20 per cent in the pension of labour when comes to power in federal government,” he said.

Criticising the MQM, the PPP chairman said that his successful jalsa had irked the MQM and its leaders were puzzled over the PPP popularity in Karachi. “I will convene such programmes in each district and areas of Karachi,” he said, adding that instead of point-scoring, the MQM should respond to the Baldia Factory workers who were burnt alive over extortion issue.

With regard to the women rights, he said that his government in future would also make a decision to give worker women three month maternity leave. Bilawal opposed the privatisation of profitable state own entities and said, “they want to hand over state own entities to their friends at throwaway price…PPP will be stumbling block in its way by not allowing government to do it.”