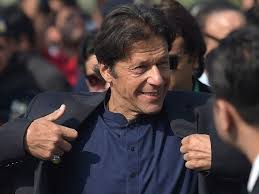 LAHORE: After conveying a terror alert to the leadership of Pakistan Tehreek-e-Insaf (PTI), Lahore Police made strict security arrangements on the occasion of the party’s public gathering at Minar-e-Pakistan, the Greater Iqbal Park on Sunday.

As part of the security plan, at least 2,000 police officials were deployed. The venue was cordoned off with barbed wires, tents and barricades. Entry of the participants was allowed from three points. One point was specified for VIP’s movement and two points for the participants.

The participants were allowed entry after going through a three-tier security check including physical frisking, passing through metal detectors and checking with metal detectors. Lady police officials and separate cabins were specified for checking of women participants. Men in civvies were also deployed to keep an eye on any suspicious person or activity. The venue and surrounding areas were also being monitored through CCTV cameras of Punjab Safe City Authority (PSCA).

The park was cleared through sniffers dogs, bomb disposal squad and personnel of special branch. Teams of Police Response Unit and Dolphin Squad remained on patrolling in the surrounding areas to keep a check on any suspicious person or activity and also to respond in case of an emergency.

A day earlier, a delegation of police officers had also conducted a meeting with PTI leadership and conveyed security threats. A special security was designated for the security of PTI chief Imran Khan.

The teams of Punjab Emergency Service (Rescue 1122) and Edhi ambulances also remained on the place to respond in case of an emergency.

As far traffic arrangements were concerned, a comprehensive traffic plan was envisaged on the occasion. The participants were asked to use Ring Road to reach the venue of the public gathering.

As far the extra contingents of traffic wardens were concerned, 710 traffic wardens, 90 patrolling officers, 48 inspectors and 11 DSPs were deployed under the supervision of SP Saddar and City Division. As many as 18 fork-lifters, two break-downs and four traffic squads were also deployed.