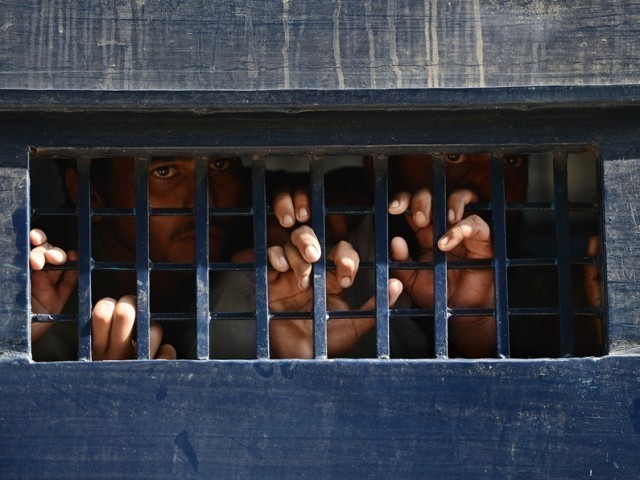 The narcotics dealer was transferred in 2015. PHOTO: EXPRESS/FILE

Sohail Khan, former ambassador to Thailand and Deputy Head of Mission Ataul Munim Shahid have been found guilty in this regard.

“As head of mission Bangkok, Sohail Khan has been found in contravention of the Pak-Thai agreement on the transfer of offenders,” a challan submitted by the FIA in the Court of Special Judge Central Islamabad by the investigation officer Kashif Riaz Awan read.

According to the challan, Sohail Khan as head of Bangkok mission, in contravention of Pakistan-Thai agreement on the transfer of offenders issued letter of consent to MOFA Bangkok confirming status of Ebrahim Koko as Pakistani national and approved his transfer to Pakistan without considering that Koko was holding a Burmese passport and same was reflected in his application.

The unsigned application without any details or due attestation of the ministry by applicant Maryam Bibi who propounded herself as Koko’s mother requesting repatriation of her son to Pakistan was considered by the dignitaries in violation of standard requirement of official document emanating from Pakistan.

A probe revealed that the National Database and Registration Authority (Nadra) had categorically told Bangkok that Koko’s CNIC was fake and required legal action, as well as, an investigation into how he was able to obtain the fake documentation.

Despite the fact that authorities had knowledge of these details he was still transferred to Pakistan.

The Tahi Mofa was asked by FIA to produce records in this regard, however, they were never produced in a bid to hide the offence.

Illegal transfer of prisoners: Ministry in a fix as diplomats refuse to cooperate

Under article five of the agreement the central authority is the secretary ministry of interior to give approval, however, neither prior correspondence was made with the relevant ministry nor was any approval sought regarding transfer of the offender.

The investigation officer said that punishments for drug related offences are severe in Thailand compared to Pakistan, while the Section 9 of Transfer of Offenders Ordinance 2004 states that the punishment awarded to the convicts will be compatible to the laws of the receiving state.

In view of this, if Koko had been admitted in Pakistan as the country’s national he would have acquitted by now by taking relief under section 9.

The narcotics dealer was transferred in 2015, under the “agreement on co-operation in transfer of offenders and enforcement of penal sentences 2009” between the two countries as a Pakistani national in contravention of its provisions.

The interior ministry reached out to Bangkok that the transfer is not feasible despite this he was taken to Pakistan.

Former interior minister Nisar Ali Khan had ordered a probe into the matter.

Koko was convicted on the charges of drug trafficking for a jail term of 36 years which he is now serving in Adiala Jail.

Khan is currently heading the Pakistani mission in South Africa while accused Shahid is working as DG Economic Affairs in Mofa Islamabad.