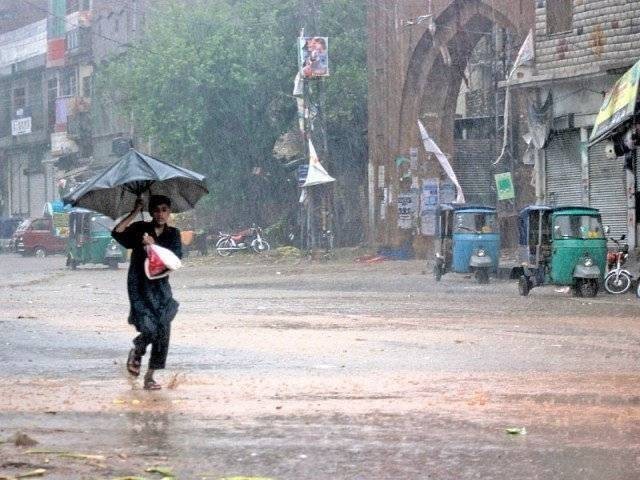 KARACHI: According to Germanwatch’s Global Climate Change Index, Pakistan is included in its top 10 disaster prone countries’ list, standing at the seventh position.

The seminar was first organised in 2013 to discuss the effects of hot weather on monsoon rains and devise strategies for awareness campaigns with the departments concerned.

PMD Director-General Dr Ghulam Rasool said it would be too early to give monsoon predictions, however, according to a survey of South Asia Outlook and various other international institutions, the monsoon season in Pakistan and South Asia will be normal because no change has been witnessed in the two important components of the surface of sea, el-nino and la-nina, and no uncertain situation has surfaced in the Indian Ocean.

“The monsoon system across the country is as per routine. However, not every part of the country will receive the same amount of showers,” Dr Rasool said, adding that the northern areas, Islamabad and Khyber Pakhtunkhwa will receive more showers, while Sindh and Balochistan are likely to receive less rain.

There will be dryness in May and June, while the temperatures will increase by one to 2⁰ Celsius.

For predicting heatwaves, the early warning system has begun functioning from April.

Ahead of the monsoon: Arrangements to counter floods reviewed

A warning will be given beforehand to the citizens through the National Disaster Management Authority (NDMA) about heatwaves, Dr Rasool assured, adding that the K-E will also be informed to keep their system balanced and avoid any problematic situation.

This year, the hottest week was recorded in March end, breaking the records of 30 cities, he said.

On the other hand, continuous showers for eight days were recorded in Islamabad and K-P during March and the temperature dropped as it does in the winters, he informed, adding that the rapidly changing situations are signs of global warming and climate change.

According to Brig Ahmed, the Met department will give its prediction about the monsoon season in June after which a contingency plan will be devised.

A conference will be held on the national level through which a strategy will be devised according to the predictions, he said, adding that the provincial national disaster management authority will store food and non-food items in its warehouses and all items used in rescue operation such as boots, life jackets and other equipment.

He said that 33% of the assistance in the emergency warehouses of the four provinces will be by NDMA and it will serve as back up support for the provinces.