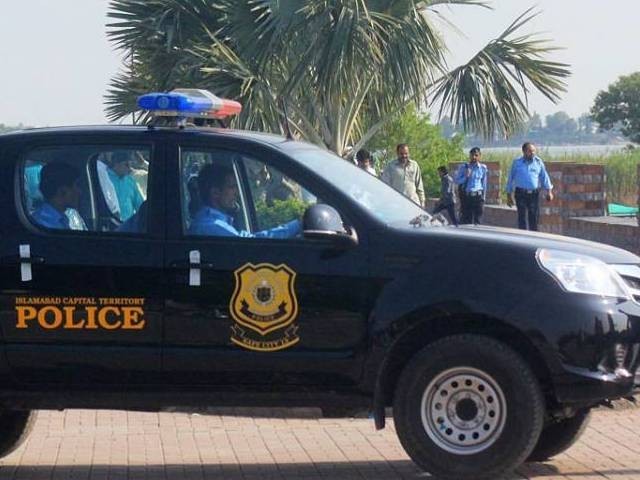 Bottles of alcohol also seized during the raid. PHOTO: APP/FILE

ISLAMABAD: Islamabad police on Saturday morning raided a farmhouse on the outskirts of the capital and arrested over 40 young men and women allegedly involved in obscene and suspicious activities.

22 girls and 25 boys were arrested from the farmhouse near Islamabad’s Bhara Kahu area. Bottles of alcohol were also seized during the raid.

A video obtained by The Express Tribune revealed some of the women arrested complained of injuries that were caused as a result of being manhandled by police officials during the raid.

Police said the raid was conducted at 7:30 on Saturday morning at the farmhouse of one Raja Kamran located in Phulgran village on Simly Dam Road, near Bhara Kahu.

An initial police report on the arrest reviewed by The Express Tribune said that when the law-enforcement personnel raided the farmhouse, they found the occupants involved suspicious and vulgar activities.

The police however said, some of those arrested sustained minor injuries as they were misbehaving with the officials and resisting arrest. Police said while the men had been locked up, the women would be kept at the women police station or sent to judicial custody if they are not released on bail.

The orders for the raid were issued by Assistant Commissioner Capt. (Retd) Shoaib Ali. Police officials said many men and women were dancing and playing music on loudspeakers and were also smoking tobacco and sheesha at the hotel.

In the raid, police rounded up 34 men and 16 women and booked them for “obscene acts and songs” and for violating the amplifier and the tobacco control laws.