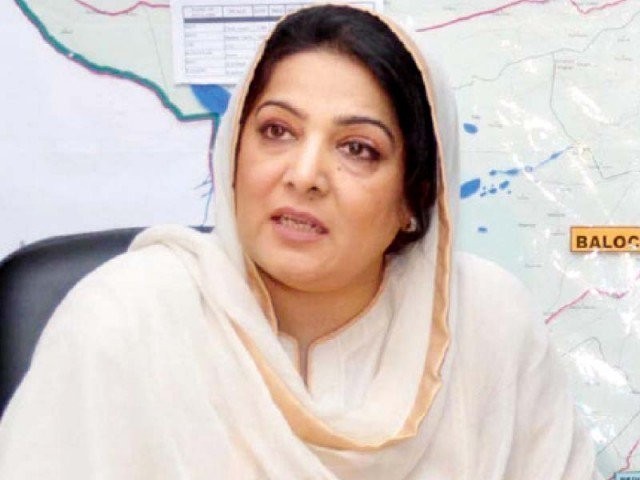 ISLAMABAD: In a bid to connect the unconnected, Minister for Information Technology and Telecommunication Anusha Rehman has said that the ministry has initiated projects worth Rs26 billion in order to roll out 3G services in Balochistan.

“We have endeavoured to provide our woman and girls greater access to education, economic resources, skill development and employment opportunities,” said the IT minister while addressing the ‘Taking Stock and Moving Forward’ conference organised by ministry of IT in collaboration with Pakistan Software Export Board (PSEB), Ignite National Technology Fund and Universal Service Fund (USF) on Friday.

Balochistan districts without internet for one year

The minister said, “The government is planning to replicate Information and Communications Technology (ICT) for girls programme in all provinces of the country to expand the knowledge-based economy.”

The minister said, “In the history of Pakistan, this is the biggest investment in Balochistan, targeting hundreds of villages for provision of 3G services.”

On the targeted areas, she said, “The project will cover Jhal Jao and Mashky tehsils/sub-tehsils of Awaran district and Bela, Lakhra, Liari, Uthal, Dureji, Hub, Sonmiani and Kanraj of Lasbela district.”

She said that with the provision of 3G services in Balochistan, other services like Careem would be started in the province.

“The ministry is giving Balochistan top priority for provision of telecom services, including both voice and data facilities, under the 3G licences,” she added.

Rehman described the DigiSkills programme as an important part of the IT initiative of the government, saying the programme would create online employment opportunities to enable the youth to earn $200 to $300 per month.

Over 250 far-flung Balochistan villages to get 3G services

“With the help of this programme, youth of the country will be able to provide services across the globe,” Rehman said, adding that the telecom sector was the most important one for speedy development, particularly for rural areas.

She said that only 1.5 per cent of the telecom licenced companies contribute to the country’s revenue through USF.

Among the telecom operators of Pakistan, Ufone was able to win the most from the 12 projects. Ufone was awarded projects worth Rs14.2 billion in various cities, including Sibi, Kalat, Khuzdar, Chagai, Awaran, Kharan-Washuk and Dera Bugti districts, of the province.

The minister said that the government was making all-out efforts to introduce 5G technology in Pakistan by 2020 to bring it at par with developed economies in terms of technology advancements.