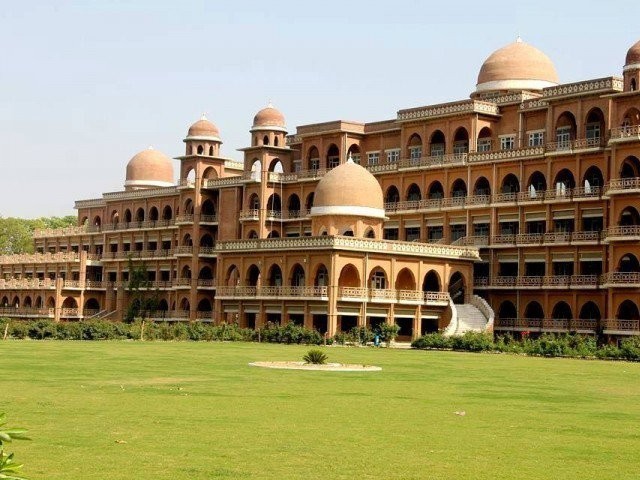 The varsity, though, was allowed to complete its recruitment process including scrutiny of candidates and interviews.

The decision came after an advertisement for recruitment of new faculty members at the University of Peshawar (UoP) was challenged by Dr Amir Hamza and some other teachers of the varsity before the Peshawar High Court (PHC).

A two-judge bench of the PHC, comprising Justice Yahya Afridi and Justice Ijaz Anwar Khan, heard the case on Tuesday.

Faculty members of UoP, through a writ petition, had alleged that posts were being created at the varsity to accommodate some ‘blue-eyed people’ if the management while qualified personnel were being ignored.

They added that the varsity had even allowed for the recruitment of degree-holders as lecturers, which is against rules of the Higher Education Commission (HEC) rules.

The petition further argued that the syndicate of the university is the only competent forum and appointing authority at the varsity according to the constitution of the educational institution.

The petitioner claimed that a new post-allocation committee was being created which has no standing in the statutes of the university.

“But here the syndicate has not played any role to decide the posts which must be filled,” claimed the petitioner.