The baby was born on St George's Day, which is England's national day

PHOTO: AFP
LONDON: Britain's Prince William accompanied his wife Kate Middleton as she left the hospital on Monday evening after giving birth to a baby boy. The couple's third child who is fifth in line to the British throne.

The boy weighing 3.8 kgs was born at 11am while Prince William was present for the birth. "The Duke and Duchess of Cambridge and their son will travel home to Kensington Palace," said the Royal announcement. 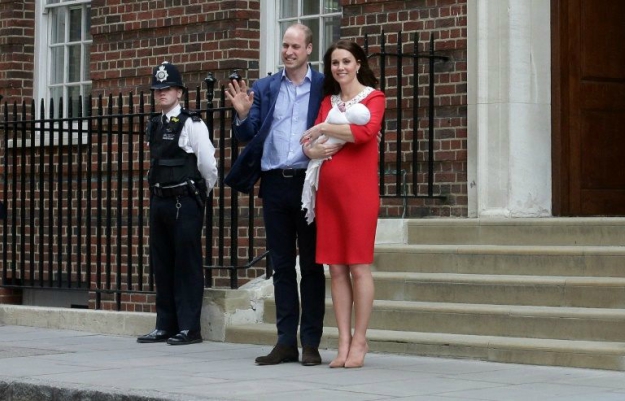 "Their Royal Highnesses would like to thank all staff at the hospital for the care and treatment they have received. They would also like to thank everyone for their warm wishes," the palace added in a statement.

The couple stepped out of St Mary's Hospital in central London around 6pm to cheers from a crowd of supporters and global media outlets gathered outside.

Their two other children, Prince George, aged four and two-year-old Princess Charlotte, had met the latest addition to the family earlier in the afternoon, before returning home to Kensington Palace ahead of their parents. 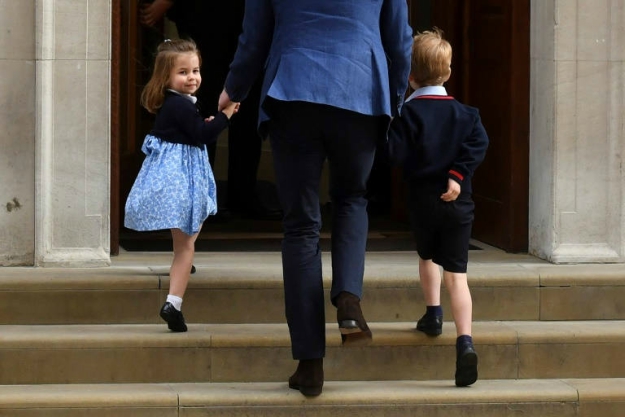 Earlier Monday Princess Charlotte turned to wave at the media as she was led into the hospital with her brother Prince George by their father Prince William to see their mother and their new baby brother. PHOTO: AFP

Charlotte gave a wave to the assembled well-wishers and media as she entered the hospital after William had collected the siblings from school.

Queen Elizabeth II, William's father Prince Charles and his brother Prince Harry were said to be delighted with the news. 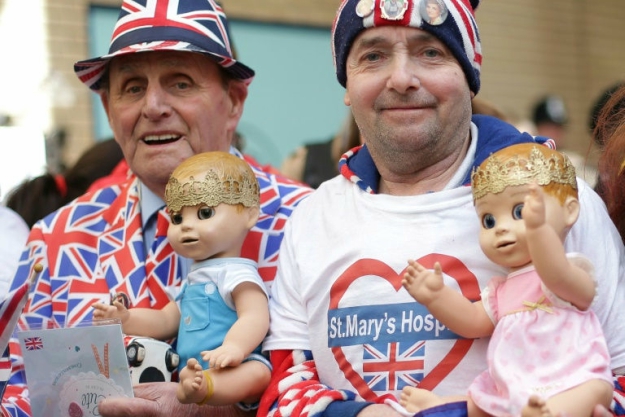 Royal fanatics have been camped for several days outside the hospital wing, where the Duchess of Cambridge gave birth. PHOTO: AFP

Prime Minister Theresa May led the messages of support saying, "My warmest congratulations to the Duke and Duchess of Cambridge on the birth of their baby boy. "I wish them great happiness for the future."

Kate, 36, was admitted early Monday to St Mary's private Lindo Wing, where she had given birth to George and Charlotte.

Royal fanatics, who had been camped outside the hospital wing for several days in anticipation, jumped for joy and popped open champagne. 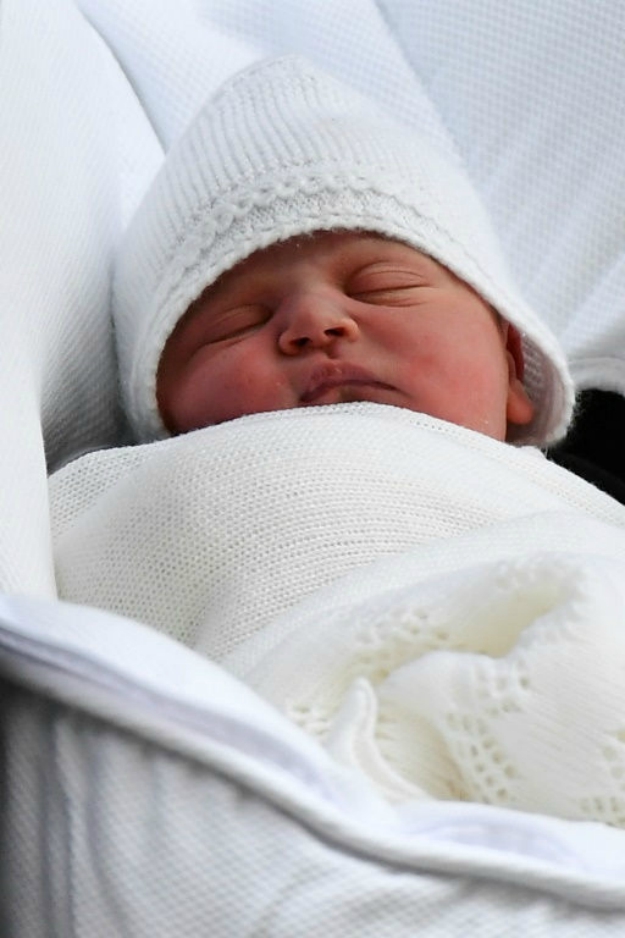 The new royal baby was born at 11am and weighed 3.8 kgs PHOTO: AFP

The baby was born on St George's Day, which is England's national day.

Tony Appleton, a town-crier dressed in a flamboyant red uniform, announced the news from the steps of the hospital to a crowd of supporters and media. The birth was also announced on the display screen atop the 620 feet BT Tower in London, with the message "It's a boy!"

The baby boy is a sixth great-grandchild for Queen Elizabeth, who turned 92 on April 21. He will hold the title of prince after the Queen changed the rules in 2012 to ensure that all of William's children would be entitled to the style, not just his eldest son. 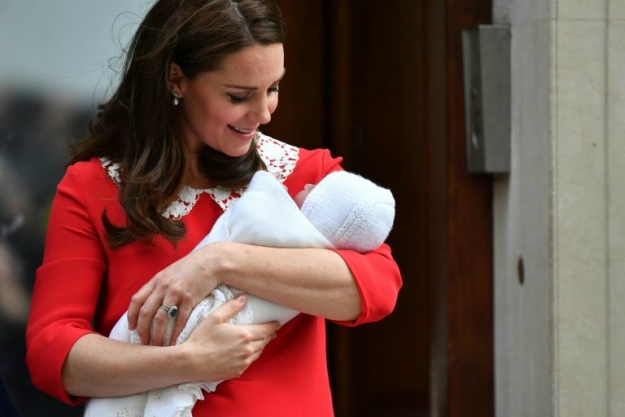 Kate, 36, the wife of Britain's Prince William, was admitted early Monday to the same London hospital where she had given birth to the couple's other two children. PHOTO: AFP

As with their two other children, the royal couple did not know whether the baby was going to be a boy or a girl. Bookmakers have Arthur, Albert, Frederick, James and Philip as their favourites for the young prince's name.

The boy does not overtake Charlotte in the line of succession due to new laws agreed across the 16 Commonwealth realms where Queen Elizabeth is the head of state, including Canada, Australia and New Zealand. 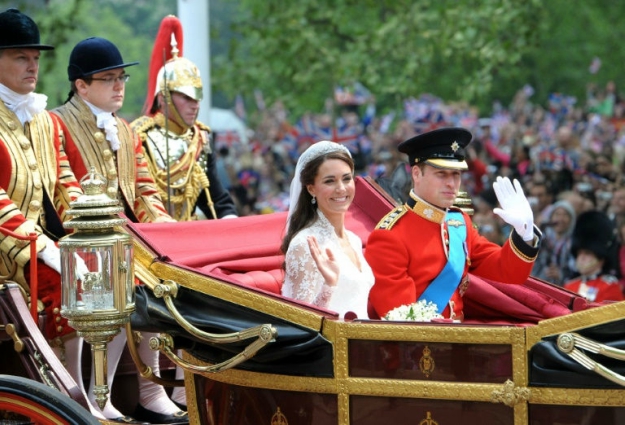 William and Kate were married at Westminster Abbey in London on April 29, 2011. PHOTO: AFP

William, who is destined to become king after Prince Charles, and Kate met at St Andrews University in Scotland. They tied the knot at Westminster Abbey in London on April 29, 2011, in a ceremony watched by up to two billion people worldwide. The marriage helped breathe new life into Britain's monarchy after years of crisis.

The new royal baby's birth will be celebrated with a 41-gun salute in London's Hyde Park and The Tower of London will also fire 62 rounds.

Shehbaz can be sent to prison for 25 years over corruption: Fawad

Money laundering case against Shehbaz is in Lahore, not London: Akbar

NCOC green lights vaccination of children aged 12 and above